Seattle University (SU) is a private Jesuit university in Seattle, Washington. SU is the largest independent university in the Northwestern United States, with over 7,500 students enrolled in undergraduate and graduate programs within eight schools.

In 1891, Adrian Sweere, S.J., took over a small parish near downtown Seattle at Broadway and Madison. At first, the school was named after the surrounding Immaculate Conception parish and did not offer higher education. In 1898, the school was named Seattle College after both the city and Chief Seattle, and it granted its first bachelor's degrees 11 years later. Initially, the school served as both a high school and college. From 1919 to 1931, the college moved to Interlaken Blvd, but in 1931 it returned to First Hill permanently. In 1931, Seattle College created a "night school" for women, though admitting women was highly controversial at the time. In 1948, Seattle College changed its name to Seattle University, under Father Albert A. Lemieux, S.J. In 1993, the Seattle University School of Law was established through purchase of the Law School from the University of Puget Sound in Tacoma, and the School of Law moved to the Seattle campus in 1999. In 2009, SU completed its largest capital campaign, raising almost $169 million. This led to investment in the scholarship fund, academic programs and professorships, a fitness complex, an arts center, and the $56 million Lemieux Library and McGoldrick Learning Commons, completed in fall 2010. 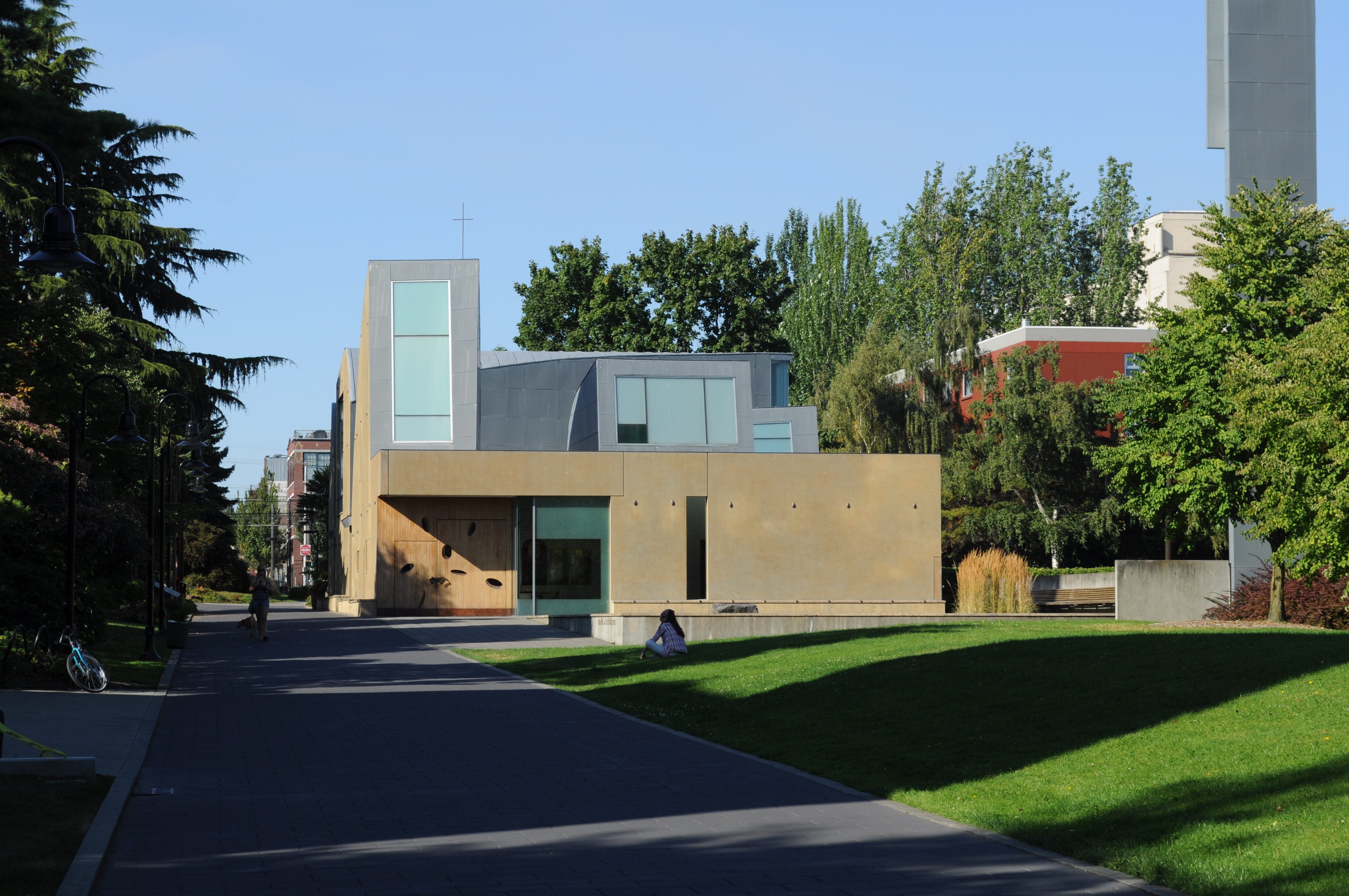 Seattle University has a campus in the city's First Hill neighborhood, east of downtown Seattle. The SU campus has been recognized by the city of Seattle and EPA for its commitment to sustainability through pesticide-free grounds, a food waste compost facility, recycling, and energy conservation program. The Chapel of St. Ignatius on campus, designed by New York architect Steven Holl, won a national Honor Award from the American Institute of Architects in 1998. At night the chapel sends beacons of multi-colored lights out onto the campus. The campus includes numerous works by well-known artists: the Centennial Fountain by Seattle artist George Tsutakawa; a large glass sculpture in the PACCAR Atrium of Piggot Hall by Tacoma artist Dale Chihuly; and works by Chuck Close, Jacob Lawrence, Gwendolyn Knight, William Morris, and David Mach.