Saqqara ( ar|سقارة, ), also spelled Sakkara or Saccara in English , is a vast, ancient burial ground in Egypt, serving as the necropolis for the ancient Egyptian capital, Memphis. Saqqara contains numerous pyramids, including the world-famous Step pyramid of Djoser, sometimes referred to as the Step Tomb, and a number of mastaba tombs. Located some south of modern-day Cairo, Saqqara covers an area of around . At Saqqara, the oldest complete stone building complex known in history was built, the Pyramid of Djoser, built during the Third Dynasty. Another sixteen Egyptian kings built pyramids at Saqqara, which are now in various states of preservation. High officials added private funeral monuments to this necropolis during the entire Pharaonic period. It remained an important complex for non-royal burials and cult ceremonies for more than 3,000 years, well into Ptolemaic and Roman times. North of the area known as Saqqara lies Abusir, and south lies Dahshur. The area running from Giza to Dahshur has been used as a necropolis by the inhabitants of Memphis at different times, and it was designated as a World Heritage Site by UNESCO in 1979. Some scholars believe that the name Saqqara is not derived from the ancient Egyptian funerary deity, Sokar, but from a local Berber tribe called Beni Saqqar. 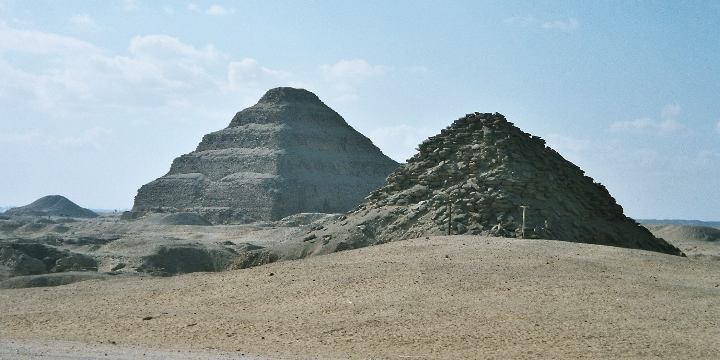 of nobles can be traced back to the First Dynasty, at the northern side of the Saqqara plateau. During this time, the royal burial ground was at Abydos. The first royal burials at Saqqara, comprising underground galleries, date to the Second Dynasty. The last Second Dynasty king, Khasekhemwy, was buried in his tomb at Abydos, but also built a funerary monument at Saqqara consisting of a large rectangular enclosure, known as Gisr el-Mudir. It probably inspired the monumental enclosure wall around the Step Pyramid complex. Djoser's funerary complex, built by the royal architect Imhotep, further comprises a large number of dummy buildings and a secondary mastaba (the so-called 'Southern Tomb'). French architect and Egyptologist Jean-Philippe Lauer spent the greater part of his life excavating and restoring Djoser's funerary complex. 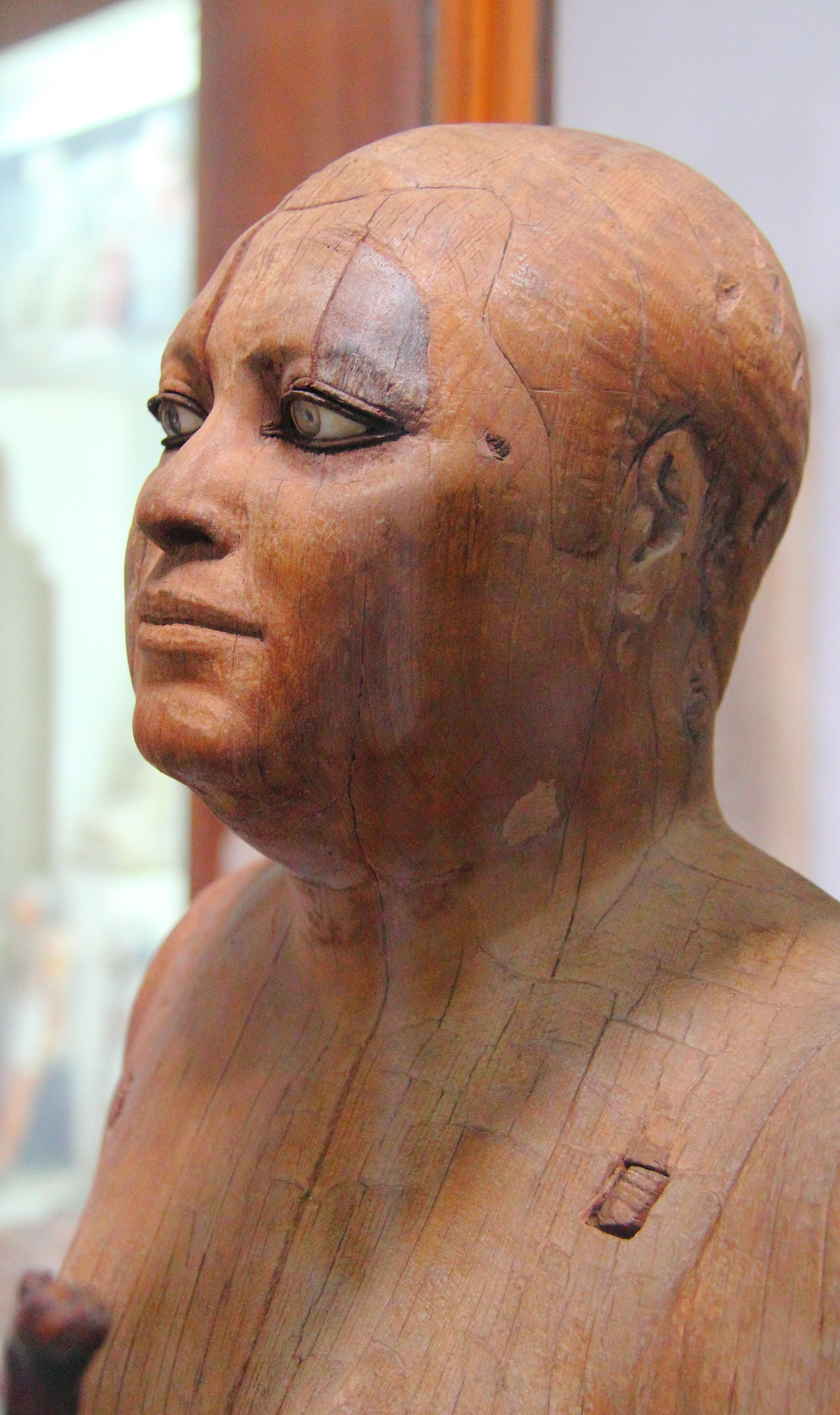 Nearly all Fourth Dynasty kings chose a different location for their pyramids. During the second half of the Old Kingdom, under the Fifth and Sixth Dynasties, Saqqara was again the royal burial ground. The Fifth and Sixth Dynasty pyramids are not built wholly of massive stone blocks, but instead with a core consisting of rubble. Consequently, they are less well preserved than the world-famous pyramids built by the Fourth Dynasty kings at Giza. Unas, the last ruler of the Fifth Dynasty, was the first king to adorn the chambers in his pyramid with Pyramid Texts. During the Old Kingdom, it was customary for courtiers to be buried in mastaba tombs close to the pyramid of their king. Thus, clusters of private tombs were formed in Saqqara around the pyramid complexes of Unas and Teti.

From the Middle Kingdom onward, Memphis was no longer the capital of the country, and kings built their funerary complexes elsewhere. Few private monuments from this period have been found at Saqqara.

During the New Kingdom Memphis was an important administrative and military centre, being the capital after the Amaran Period. From the Eighteenth Dynasty onward many high officials built tombs at Saqqara. While still a general, Horemheb built a large tomb here, although he later was buried as pharaoh in the Valley of the Kings at Thebes. Other important tombs belong to the vizier Aperel, the vizier Neferrenpet, the artist Thutmose, and the wet-nurse of Tutankhamun, Maia. Many monuments from earlier periods were still standing, but dilapidated by this period. Prince Khaemweset, son of Pharaoh Ramesses II, made repairs to buildings at Saqqara. Among other things, he restored the Pyramid of Unas and added an inscription to its south face to commemorate the restoration. He enlarged the Serapeum, the burial site of the mummified Apis bulls, and was later buried in the catacombs. The Serapeum, containing one undisturbed interment of an Apis bull and the tomb of Khaemweset, were rediscovered by the French Egyptologist Auguste Mariette in 1851.

*Several clusters of tombs of high officials, among which the tombs of Horemheb and of Maya and Merit. Reliefs and statues from these two tombs are on display in the National Museum of Antiquities at Leiden, the Netherlands, and in the British Museum, London.

After the New Kingdom

During the periods after the New Kingdom, when several cities in the Delta served as capital of Egypt, Saqqara remained in use as a burial ground for nobles. Moreover, the area became an important destination for pilgrims to a number of cult centres. Activities sprang up around the Serapeum, and extensive underground galleries were cut into the rock as burial sites for large numbers of mummified ibises, baboons, cats, dogs, and falcons.

Monuments of the Late Period, the Graeco-Roman and later periods

*Several shaft tombs of officials of the Late Period *Serapeum (the larger part dating to the Ptolemaeic Period) *The so-called 'Philosophers circle', a monument to important Greek thinkers and poets, consisting of statues of Hesiod, Homer, Pindar, Plato, and others (Ptolemaeic) *Several Coptic monasteries, among which the Monastery of Apa Jeremias (Byzantine and Early Islamic Periods)

Saqqara and the surrounding areas of Abusir and Dahshur suffered damage by looters during the 2011 Egyptian protests. Store rooms were broken into, but the monuments were mostly unharmed.