Samoa (), officially the Independent State of Samoa ( sm|Malo Saʻoloto Tutoʻatasi o Sāmoa; sm|Sāmoa, ) and until 1997 known as Western Samoa, is a Polynesian island country consisting of two main islands (Savai'i and Upolu), two smaller, inhabited islands (Manono and Apolima), and several smaller, uninhabited islands, including the Aleipata Islands (Nu'utele, Nu'ulua, Fanuatapu and Namua). The capital city is Apia. The Lapita people discovered and settled the Samoan Islands around 3,500 years ago. They developed a Samoan language and Samoan cultural identity. Samoa is a unitary parliamentary democracy with eleven administrative divisions. The sovereign state is a member of the Commonwealth of Nations as a Commonwealth republic. Western Samoa was admitted to the United Nations on 15 December 1976. Because of the Samoans' seafaring skills, pre-20th-century European explorers referred to the entire island group (which includes American Samoa) as the "Navigator Islands.” The country was occupied by the German Empire from 1899 to 1915, and by a joint British and New Zealand colonial administration until 1 January 1962, when it achieved independence. In July 2017, Tuimalealiifano Va'aletoa Sualauvi II became the head of state, succeeding Tui Ātua Tupua Tamasese Efi. The Prime Minister Tuila'epa returned to power after a landslide victory in March 2016, beginning a fifth term as premier.

Samoa was discovered and settled by the Samoans’ Lapita ancestors (Austronesian people who spoke Oceanic languages). New Zealand scientists have dated the earliest human remains found in Samoa to between roughly 2900 and 3500 years ago. The remains were discovered at a Lapita site at Mulifanua, and the scientists’ findings were published in 1974. The Samoans’ origins have been studied in modern times through scientific research on Polynesian genetics, linguistics and anthropology. Although this research is ongoing, a number of theories have been proposed. One theory is that the original Samoans were Austronesians who arrived during a final period of eastward expansion of the Lapita peoples out of Southeast Asia and Melanesia between 2,500 and 1,500 BCE. Intimate sociocultural and genetic ties were maintained between Samoa, Fiji, and Tonga, and the archaeological record supports oral tradition and native genealogies that indicate inter-island voyaging and intermarriage between pre-colonial Samoans, Fijians, and Tongans. Notable figures in Samoan history included the Tui Manu'a line, Queen Salamasina, King Fonoti and the four tama-a-aiga: Malietoa, Tupua Tamasese, Mata'afa and Tuimalealiifano. Nafanua was a famous woman warrior who was deified in ancient Samoan religion and whose patronage was highly sought after by successive Samoan rulers. Today, all of Samoa is united under its two principal royal families: the Sā Malietoa of the ancient Malietoa lineage that defeated the Tongans in the 13th century; and the Sā Tupua, Queen Salamasina's descendants and heirs who ruled Samoa in the centuries that followed her reign. Within these two principal lineages are the four highest titles of Samoa - the elder titles of Malietoa and Tupua Tamasese of antiquity as well as the newer Mata'afa and Tuimalealiifano titles who rose to prominence in 19th century wars that preceded the colonial period. These four titles form the apex of the Samoan matai system as it stands today. Contact with Europeans began in the early 18th century. Jacob Roggeveen, a Dutchman, was the first known non-Polynesian to sight the Samoan islands in 1722. This visit was followed by French explorer Louis-Antoine de Bougainville, who named them the ''Navigator Islands'' in 1768. Contact was limited before the 1830s, which is when English missionaries, whalers and traders began arriving.

Visits by American trading and whaling vessels were important in the early economic development of Samoa. The Salem brig ''Roscoe'' (Captain Benjamin Vanderford), in October 1821, was the first American trading vessel known to have called, and the ''Maro'' (Captain Richard Macy) of Nantucket, in 1824, was the first recorded United States whaler at Samoa. The whalers came for fresh drinking water, firewood and provisions, and later, they recruited local men to serve as crewmen on their ships. The last recorded whaler visitor was the ''Governor Morton'' in 1870. Christian missionary work in Samoa began in 1830 when John Williams of the London Missionary Society arrived in Sapapali'i from the Cook Islands and Tahiti. According to Barbara A. West, "The Samoans were also known to engage in ‘headhunting', a ritual of war in which a warrior took the head of his slain opponent to give to his leader, thus proving his bravery." In ''A Footnote to History: Eight Years of Trouble in Samoa'' (1892) Robert Louis Stevenson, details the activities of the great powers battling for influence in Samoa – the United States, Germany and Britain – and the political machinations of the various Samoan factions within their indigenous political system. Even as they descended into ever greater interclan warfare, what most alarmed Stevenson was the Samoans' economic innocence. In 1894 just months before his death, he addressed the island chiefs:

There is but one way to defend Samoa. Hear it before it is too late. It is to make roads, and gardens, and care for your trees, and sell their produce wisely, and, in one word, to occupy and use your country... if you do not occupy and use your country, others will. It will not continue to be yours or your children’s, if you occupy it for nothing. You and your children will in that case be cast out into outer darkness".

He had "seen these judgments of God," in Hawaii where abandoned native churches stood like tombstones "over a grave, in the midst of the white men’s sugar fields". 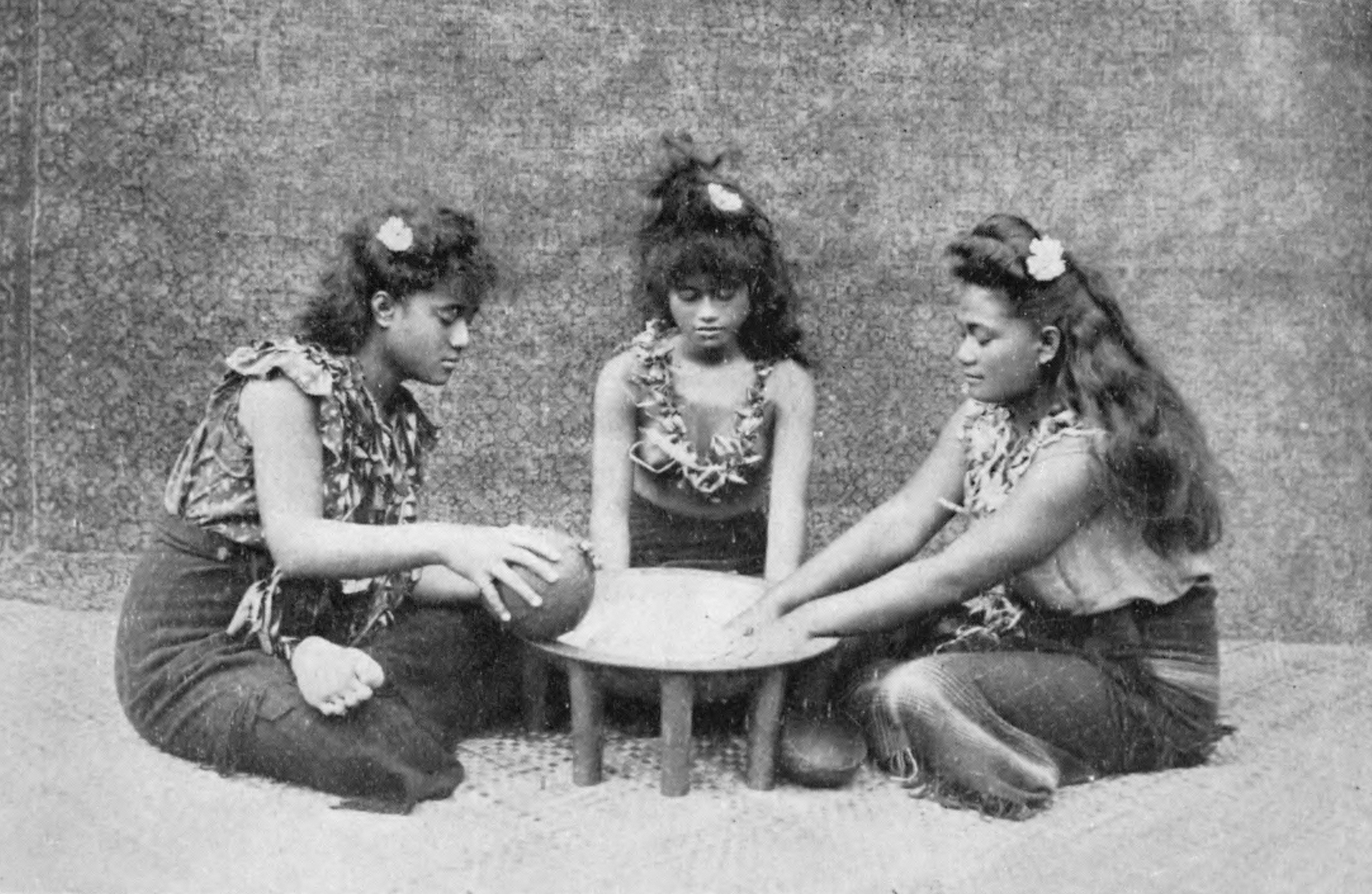 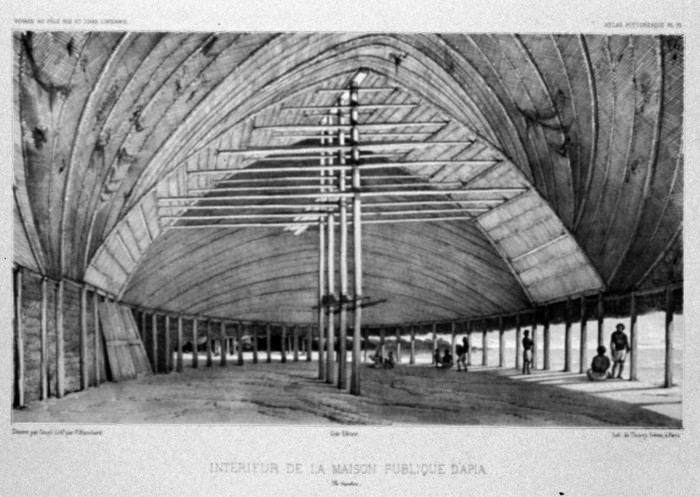 The Germans, in particular, began to show great commercial interest in the Samoan Islands, especially on the island of Upolu, where German firms monopolised copra and cocoa bean processing. The United States laid its own claim, based on commercial shipping interests in Pearl River in Hawaii and Pago Pago Bay in Eastern Samoa, and forced alliances, most conspicuously on the islands of Tutuila and Manu'a which became American Samoa. Britain also sent troops to protect British business enterprise, harbour rights, and consulate office. This was followed by an eight-year civil war, during which each of the three powers supplied arms, training and in some cases combat troops to the warring Samoan parties. The Samoan crisis came to a critical juncture in March 1889 when all three colonial contenders sent warships into Apia harbour, and a larger-scale war seemed imminent. A massive storm on 15 March 1889 damaged or destroyed the warships, ending the military conflict. The Second Samoan Civil War reached a head in 1898 when Germany, the United Kingdom, and the United States were locked in dispute over who should control the Samoan Islands. The Siege of Apia occurred in March 1899. Samoan forces loyal to Prince Tanu were besieged by a larger force of Samoan rebels loyal to Mata'afa Iosefo. Supporting Prince Tanu were landing parties from four British and American warships. After several days of fighting, the Samoan rebels were finally defeated.

American and British warships shelled Apia on 15 March 1899, including the USS ''Philadelphia''. Germany, the United Kingdom and the United States quickly resolved to end the hostilities and divided the island chain at the Tripartite Convention of 1899, signed at Washington on 2 December 1899 with ratifications exchanged on 16 February 1900. The eastern island-group became a territory of the United States (the Tutuila Islands in 1900 and officially Manu'a in 1904) and was known as American Samoa. The western islands, by far the greater landmass, became German Samoa. The United Kingdom had vacated all claims in Samoa and in return received (1) termination of German rights in Tonga, (2) all of the Solomon Islands south of Bougainville, and (3) territorial alignments in West Africa.

The German Empire governed the western part of the Samoan archipelago from 1900 to 1914. Wilhelm Solf was appointed the colony's first governor. In 1908, when the non-violent Mau a Pule resistance movement arose, Solf did not hesitate to banish the Mau leader Lauaki Namulau'ulu Mamoe to Saipan in the German Northern Mariana Islands. The German colonial administration governed on the principle that "there was only one government in the islands." Thus, there was no Samoan ''Tupu'' (king), nor an ''alii sili'' (similar to a governor), but two ''Fautua'' (advisors) were appointed by the colonial government. ''Tumua'' and ''Pule'' (traditional governments of Upolu and Savai'i) were for a time silent; all decisions on matters affecting lands and titles were under the control of the colonial Governor. In the first month of World War I, on 29 August 1914, troops of the New Zealand Expeditionary Force landed unopposed on Upolu and seized control from the German authorities, following a request by Great Britain for New Zealand to perform this "great and urgent imperial service."

From the end of World War I until 1962, New Zealand controlled Western Samoa as a Class C Mandate under trusteeship through the League of Nations, then through the United Nations. Between 1919 and 1962, Samoa was administered by the Department of External Affairs, a government department which had been specially created to oversee New Zealand's Island Territories and Samoa. In 1943, this Department was renamed the Department of Island Territories after a separate Department of External Affairs was created to conduct New Zealand's foreign affairs. During the period of New Zealand control, their administrators were responsible for two major incidents.