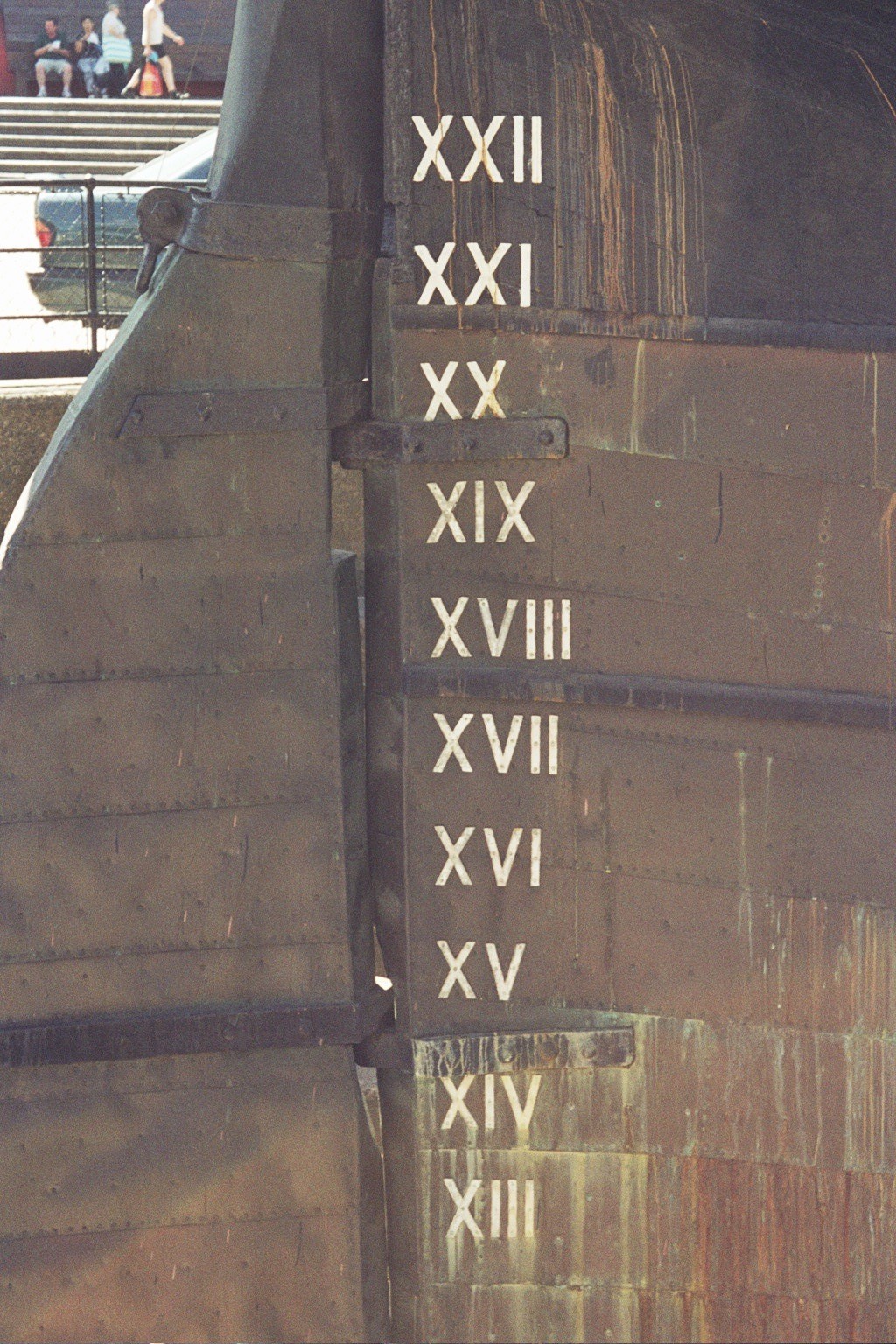 Roman numerals are a that originated in and remained the usual way of writing numbers throughout Europe well into the . Numbers in this system are represented by combinations of letters from the . Modern style uses seven symbols, each with a fixed integer value: The use of Roman numerals continued long after the decline of the . From the 14th century on, Roman numerals began to be replaced by ; however, this process was gradual, and the use of Roman numerals persists in some applications to this day. One place they are often seen is on s. For instance, on the clock of (designed in 1852), the hours from 1 to 12 are written as: The notations and can be read as "one less than five" (4) and "one less than ten" (9), although there is a tradition favouring representation of "4" as "" on Roman numeral clocks. Other common uses include year numbers on monuments and buildings and copyright dates on the title screens of movies and television programs. , signifying "a thousand, and a hundred less than another thousand", means 1900, so 1912 is written . For the years of this century, indicates 2000. The current year is ().

Roman numerals are essentially a decimal or "base ten" number system, but instead of (in which place-keeping zeros enable a digit to represent different powers of ten) the system uses a set of symbols with fixed values, including "built in" powers of ten. Tally-like combinations of these fixed symbols correspond to the (placed) digits of Arabic numerals. This structure allows for significant flexibility in notation, and many variant forms are attested. In fact, there has never been an officially binding, or universally accepted standard for Roman numerals. Usage in ancient Rome varied greatly and became thoroughly chaotic in medieval times. Even the post-renaissance restoration of a largely "classical" notation has failed to produce total consistency: variant forms are even defended by some modern writers as offering improved "flexibility". On the other hand, especially where a Roman numeral is considered a legally binding expression of a number, as in (where an "incorrect" or ambiguous numeral may invalidate a copyright claim, or affect the termination date of the copyright period) it is desirable to strictly follow the usual style described below.

Forms exist that vary in one way or another from the general standard represented above.

While subtractive notation for 4, 40 and 400 (, and ) has been the usual form since Roman times, additive notation to represent these numbers (, and ) continued to be used, including in compound numbers like , , and . The additive forms for 9, 90, and 900 (,