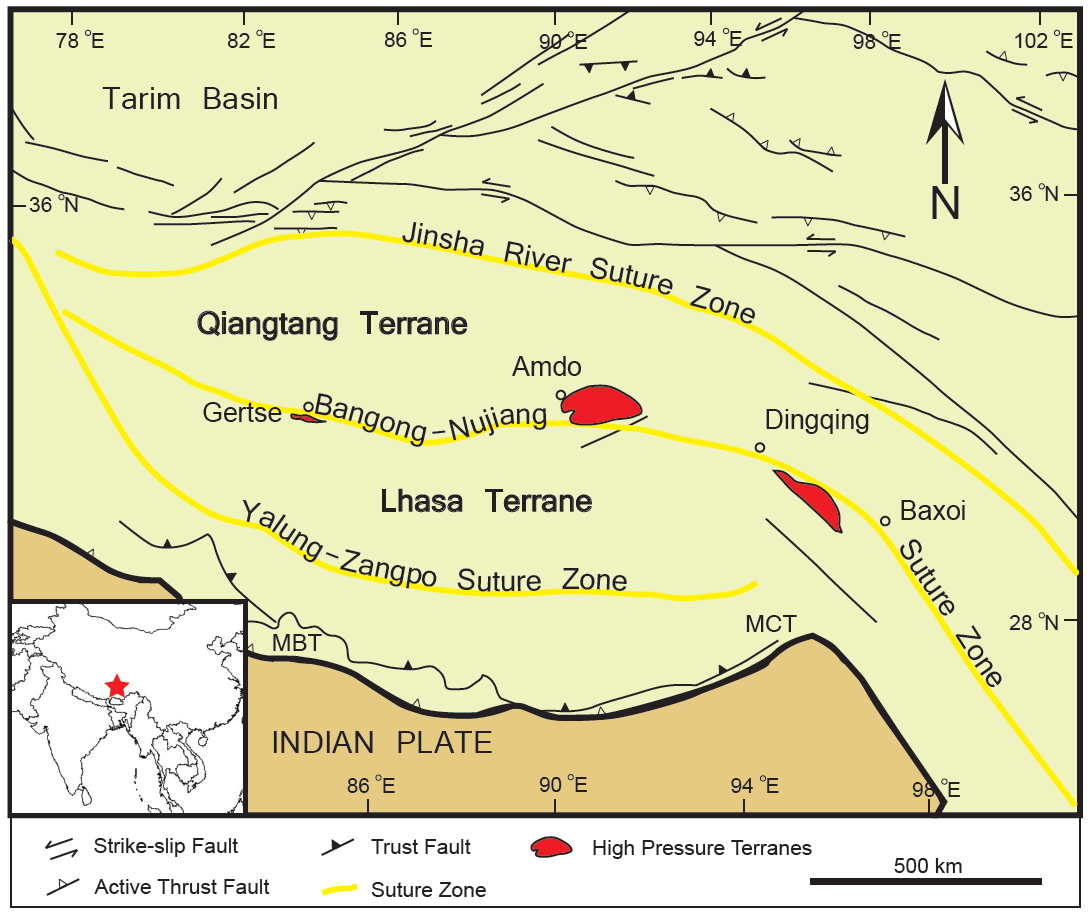 [[File:2_2_himal_tecto_units.png|Tectonic map of the Himalaya, modified after . Red is Transhimalaya. Green is Indus-Yarlung suture zone, north of which lies Lhasa terrane, follow by Bangong-Nujiang Suture Zone and then Qiangtang terrane. The Qiantang terrane is one of three main west-east-trending [[terranes of the [[Tibetan Plateau. During the Triassic, a southward-directed subduction along its northern margin resulted in the Jin-Shajing suture, the limit between it and the Songpan-Ganzi terrane. During the Jurassic, the Lhasa terrane merged with its southern margin along the Bangong suture. This suture, the closure of part of the Tethys Ocean, transformed the Qiantang terrane into a large-scale anticline. The Qiantang terrane is now located at above sea level, but the timing of this uplift remains debated, with estimates ranging from the Pliocene-Pleistocene (3–5 ) to the Eocene (35 Mya) when the plateau was first denudated.