The Pinaceae, pine family, are trees or shrubs, including many of the well-known conifers of commercial importance such as cedars, firs, hemlocks, larches, pines and spruces. The family is included in the order Pinales, formerly known as Coniferales. Pinaceae are supported as monophyletic by their protein-type sieve cell plastids, pattern of proembryogeny, and lack of bioflavonoids. They are the largest extant conifer family in species diversity, with between 220 and 250 species (depending on taxonomic opinion) in 11 genera, and the second-largest (after Cupressaceae) in geographical range, found in most of the Northern Hemisphere, with the majority of the species in temperate climates, but ranging from subarctic to tropical. The family often forms the dominant component of boreal, coastal, and montane forests. One species, ''Pinus merkusii'', grows just south of the equator in Southeast Asia. Major centres of diversity are found in the mountains of southwest China, Mexico, central Japan, and California.

Members of the family Pinaceae are trees (rarely shrubs) growing from tall, mostly evergreen (except the deciduous ''Larix'' and ''Pseudolarix''), resinous, monoecious, with subopposite or whorled branches, and spirally arranged, linear (needle-like) leaves. The embryos of Pinaceae have three to 24 cotyledons. The female cones are large and usually woody, long, with numerous spirally arranged scales, and two winged seeds on each scale. The male cones are small, long, and fall soon after pollination; pollen dispersal is by wind. Seed dispersal is mostly by wind, but some species have large seeds with reduced wings, and are dispersed by birds. Analysis of Pinaceae cones reveals how selective pressure has shaped the evolution of variable cone size and function throughout the family. Variation in cone size in the family has likely resulted from the variation of seed dispersal mechanisms available in their environments over time. All Pinaceae with seeds weighing less than 90 mg are seemingly adapted for wind dispersal. Pines having seeds larger than 100 mg are more likely to have benefited from adaptations that promote animal dispersal, particularly by birds. Pinaceae that persist in areas where tree squirrels are abundant do not seem to have evolved adaptations for bird dispersal. Boreal conifers have many adaptions for winter. The narrow conical shape of northern conifers, and their downward-drooping limbs help them shed snow, and many of them seasonally alter their biochemistry to make them more resistant to freezing, called "hardening". 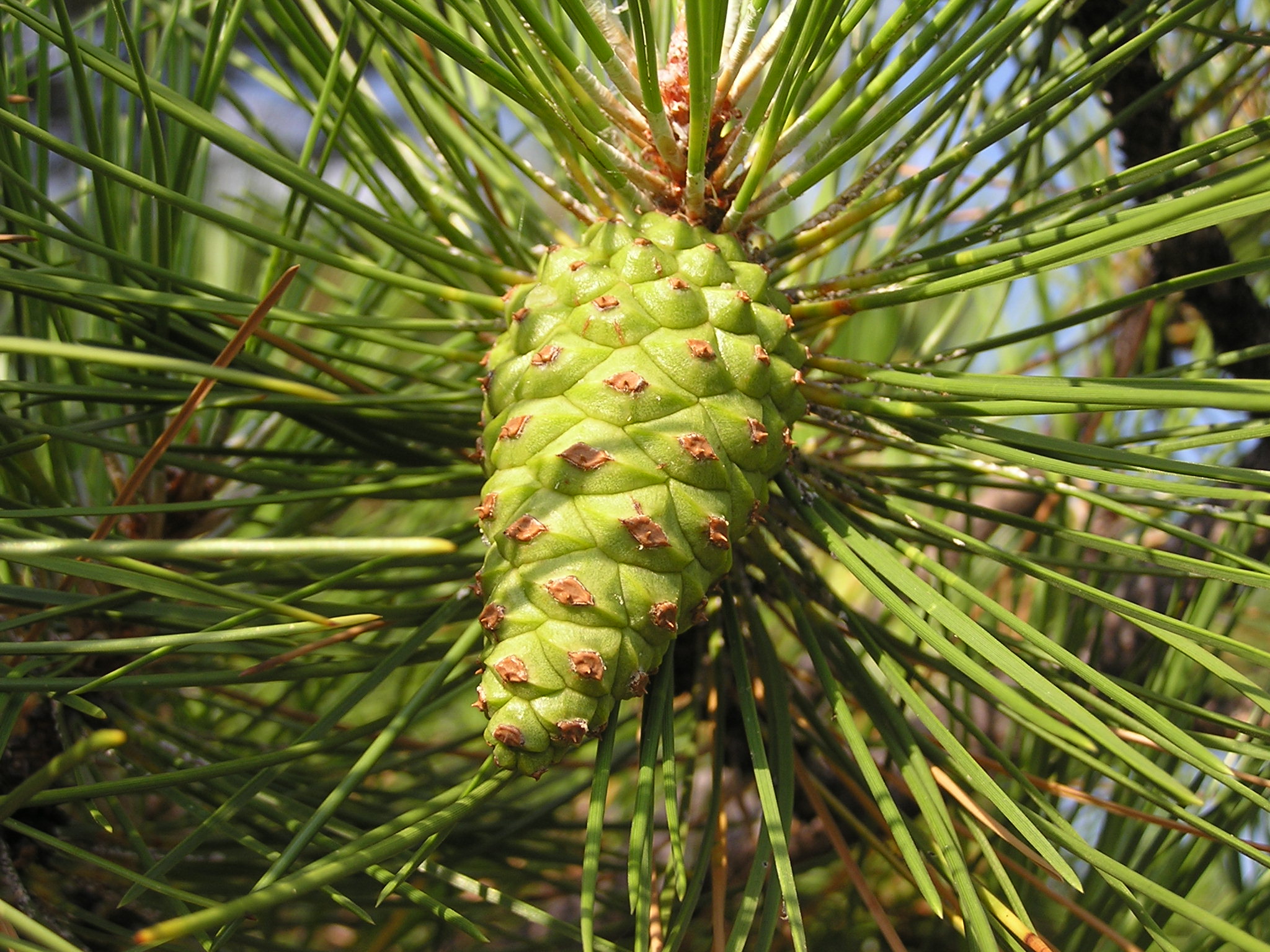 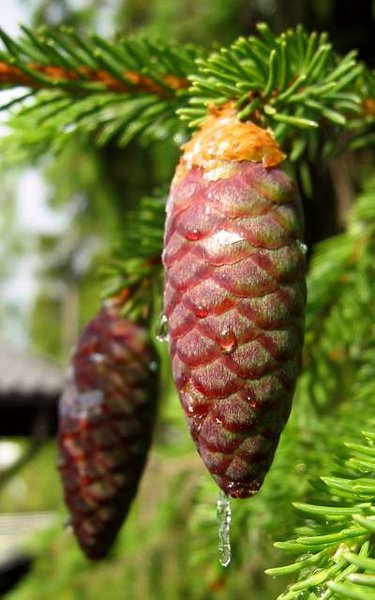 A revised 2018 phylogeny places ''Cathaya'' as sister to the pines rather than in the Laricoidae subfamily with ''Larix'' and ''Pseudotsuga''.

External stresses on plants have the ability to change the structure and composition of forest ecosystems. Common external stress that ''Pinaceae'' experience are herbivore and pathogen attack which often leads to tree death. In order to combat these stresses, trees need to adapt or evolve defenses against these stresses. ''Pinaceae'' have evolved a myriad of mechanical and chemical defenses, or a combination of the two, in order to protect themselves against antagonists. ''Pinaceae'' have the ability to up-regulate a combination of constitutive mechanical and chemical strategies to further their defenses. ''Pinaceae'' defenses are prevalent in the bark of the trees. This part of the tree contributes a complex defensive boundary against external antagonists. Constitutive and induced defenses are both found in the bark.

Induced defense responses need to be activated by certain cues, such as herbivore damage or other biotic signals. A common induced defense mechanism used by ''Pinaceae'' is resins. Resins are also one of the primary defenses used against attack. Resins are short term defenses that are composed of a complex combination of volatile mono- (C10) and sesquiterpenes (C15) and nonvolatile diterpene resin acids (C20). They are produced and stored in specialized secretory areas known as resin ducts, resin blisters, or resin cavities. Resins have the ability to wash away, trap, fend off antagonists, and are also involved in wound sealing. They are an effective defense mechanism because they have toxic and inhibitory effects on invaders, such as insects or pathogens. Resins could have developed as an evolutionary defense against bark beetle attacks. One well researched resin present in ''Pinaceae'' is oleoresin. Oleoresin had been found to be a valuable part of the conifer defense mechanism against biotic attacks. They are found in secretory tissues in tree stems, roots, and leaves. Oleoresin is also needed in order to classify conifers.

The topic of defense mechanisms within family ''Pinaceae'' is a very active area of study with numerous studies being conducted. Many of these studies use methyl jasmonate (MJ) as an antagonist. Methyl jasmonate is known to be able to induce defense responses in the stems of multiple ''Pinaceae'' species. It has been found that MJ stimulated the activation of PP cells and formation of xylem traumatic resin ducts (TD). These are structures that are involved in the release of phenolics and resins, both forms of defense mechanism.

40 Pine Trees From Around the World
by The Spruce
Key to Pinaceae
from the Jepson Manual, covers Californian species and much of western North America
Pinaceae in Flora of North America