The Ottoman Turks or Osmanlı Turks ( tr, Osmanlı Türkleri), were the
Turkic people The Turkic peoples are a collection of ethnic groups of Central Asia, Central, East Asia, East, North Asia, North and West Asia as well as parts of Europe and North Africa, who speak Turkic languages.. "Turkic peoples, any of various peoples who ...
of the
Ottoman Empire The Ottoman Empire (; ', ; or '; )info page on bookat Martin Luther University) // CITED: p. 36 (PDF p. 38/338). was an empire that controlled much of Southeastern Europe, Western Asia, and North Africa, Northern Africa between the 14th ...
( 1299–1922/1923). Reliable information about the early history of Ottoman Turks remains scarce, but they take their Turkish name, ''Osmanlı'' ("Osman" became altered in some European languages as "Ottoman"), from the house of
Osman I Osman I or Osman Ghazi ( ota, عثمان غازى, translit= ʿOsmān Ġāzī; tr, I. Osman or ''Osman Gazi''; died 1323/4), sometimes transliterated archaically as Othman, was the leader of the Kayi tribe and the founder of the Ottoman dynas ...

(reigned 1299–1326), the founder of the House of Osman, the ruling dynasty of the
Ottoman Empire The Ottoman Empire (; ', ; or '; )info page on bookat Martin Luther University) // CITED: p. 36 (PDF p. 38/338). was an empire that controlled much of Southeastern Europe, Western Asia, and North Africa, Northern Africa between the 14th ...
for its entire 624 years. Expanding from its base in
Bithynia Bithynia (; Koine Greek Koine Greek (, , Greek approximately ;. , , , lit. "Common Greek"), also known as Alexandrian dialect, common Attic, Hellenistic or Biblical Greek, was the koiné language, common supra-regional form of Greek language, ...
, the Ottoman principality began incorporating other Turkish-speaking Muslims and non-Turkish Christians. Crossing into Europe from the 1350s, coming to dominate the Mediterranean and, in 1453, capturing Constantinople (the capital city of the
Byzantine Empire The Byzantine Empire, also referred to as the Eastern Roman Empire, or Byzantium, was the continuation of the Roman Empire The Roman Empire ( la, Imperium Rōmānum ; grc-gre, Βασιλεία τῶν Ῥωμαίων, Basileía tôn ...

), the Ottoman Turks blocked all major land routes between Asia and Europe. Western Europeans had to find other ways to trade with the East. 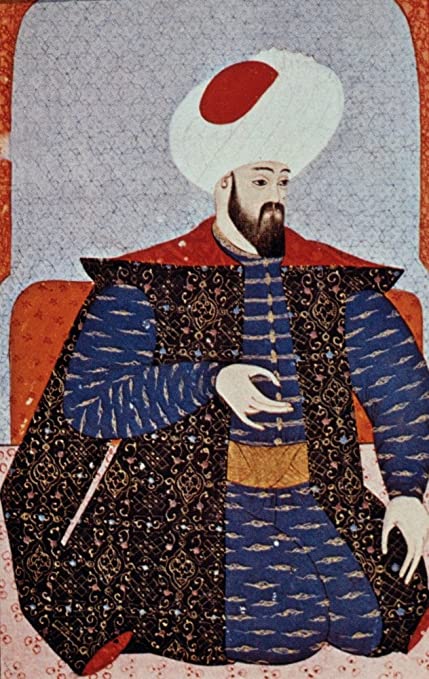 The "Ottomans" first became known to the West in the 13th century when they migrated from their homeland in
Central Asia Central Asia is a region in Asia Asia () is 's largest and most populous , located primarily in the and . It shares the continental of with the continent of and the continental landmass of with both Europe and . Asia covers an area ...

westward to the
Seljuk Sultanate of Rum The Sultanate of Rum) or Seljuk Turkey ( tr, Türkiye Selçukluları) or Rum Seljuk Sultanate ( fa, سلجوقیان روم, Saljuqiyān-e Rum, lit=Seljuks of Rome) was a Turko-Persian Sunni Muslim ruled state, established over major cities and ...
in
Anatolia Anatolia,, tr, Anadolu Yarımadası), and the Anatolian plateau. also known as Asia Minor, is a large peninsula in Western Asia and the westernmost protrusion of the Asian continent. It makes up the majority of modern-day Turkey. The region ...
. The Ottoman Turks established a beylik in Western Anatolia under Ertugrul, the capital of which was in western Anatolia. Ertugrul, leader of the nomadic
Kayı tribe Kayı can refer to: * Kayı (tribe) * Kayı, Çorum * Kayı, Ilgaz * Kayı, Kemer * Kayı, Mecitözü * Kayı, Oğuzlar {{dis ...
, first established a principality as part of the decaying Seljuk empire. His son
Osman

expanded the principality; the polity and the people were named "Ottomans" by Europeans after him ("Ottoman" being a corruption of "Osman"). Osman's son Orhan expanded the growing realm into an empire, taking
Nicaea Nicaea or Nicea (; el, wikt:Νίκαια, Νίκαια, ''Níkaia'') was an ancient Greek city in northwestern Anatolia and is primarily known as the site of the First Council of Nicaea, First and Second Council of Nicaea, Second Councils of Nic ...
(present-day İznik) and crossed the
Dardanelles satellite in September 2006. The body of water on the left is the Aegean Sea, while the one on the upper right is the Sea of Marmara. The Dardanelles is the tapered waterway running diagonally between the two seas, from the northeast to the ...
in 1362. All coins unearthed in during the two centuries before Orhan bear the names of Illkhanate rulers. The Seljuks were under the suzerainty of the Illkhanates and later the Turco-Mongol Timur lane. The Ottoman Empire came into its own when
Mehmed II Mehmed II ( ota, محمد ثانى, translit=Meḥmed-i s̱ānī; tr, II. Mehmed, ; 30 March 14323 May 1481), commonly known as Mehmed the Conqueror ( ota, ابو الفتح, Ebū'l-Fetḥ, lit=the Father of Conquest, links=no; tr, Fatih Sul ... 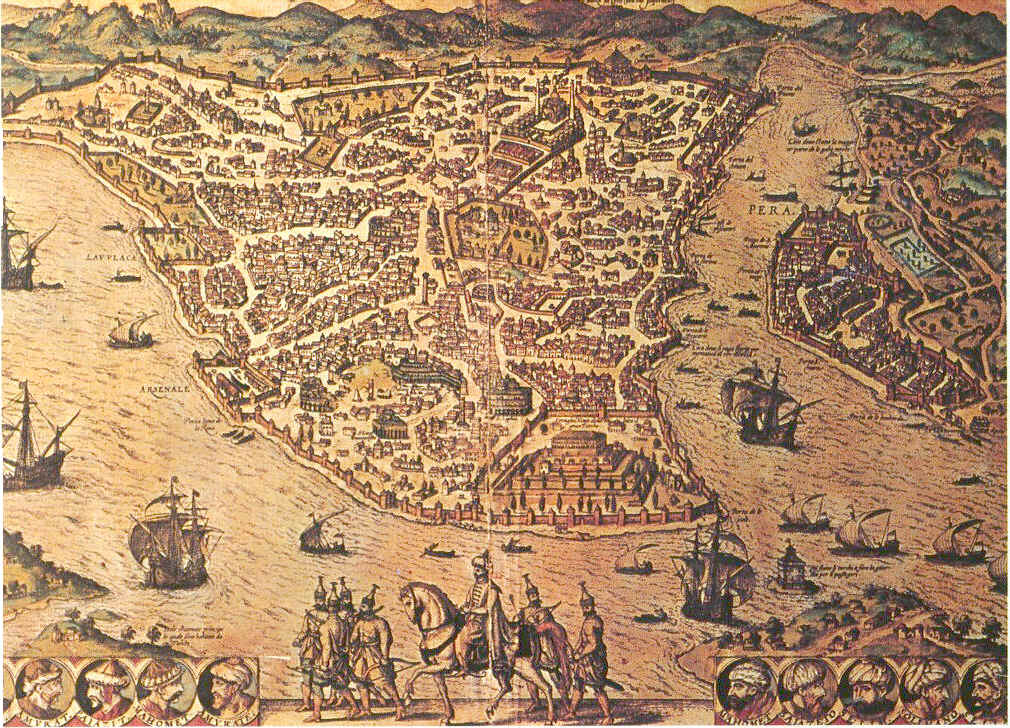 in 1453. The Ottoman Empire came to rule much of the
Balkans The Balkans ( ), also known as the Balkan Peninsula, are a geographic area in southeastern Europe Europe is a continent A continent is any of several large landmasses. Generally identified by convention (norm), convention rathe ... 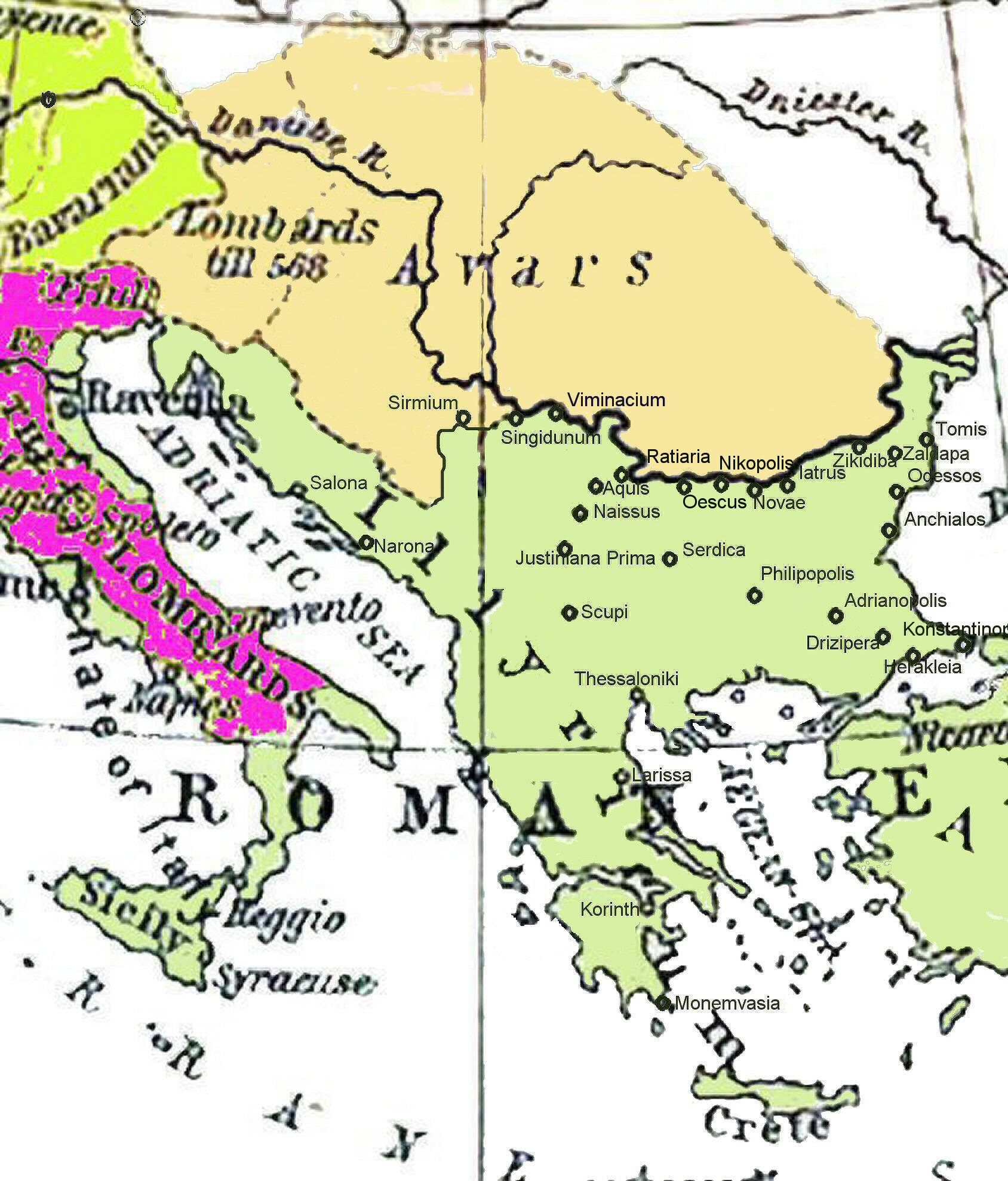 , the
Caucasus The Caucasus (), or Caucasia (), is a region spanning Europe and Asia. It is situated between the Black Sea and the Caspian Sea and mainly occupied by Armenia, Azerbaijan, Georgia (country), Georgia, and parts of Southern Russia. It is home to ...
, the
Middle East The Middle East ( ar, الشرق الأوسط, ISO 233 The international standard An international standard is a technical standard A technical standard is an established norm (social), norm or requirement for a repeatable technical task whi ...

(excluding Iran), and
North Africa North Africa or Northern Africa is a region encompassing the northern portion of the African continent. There is no singularly accepted scope for the region, and it is sometimes defined as stretching from the Atlantic shores of Mauritania in th ... 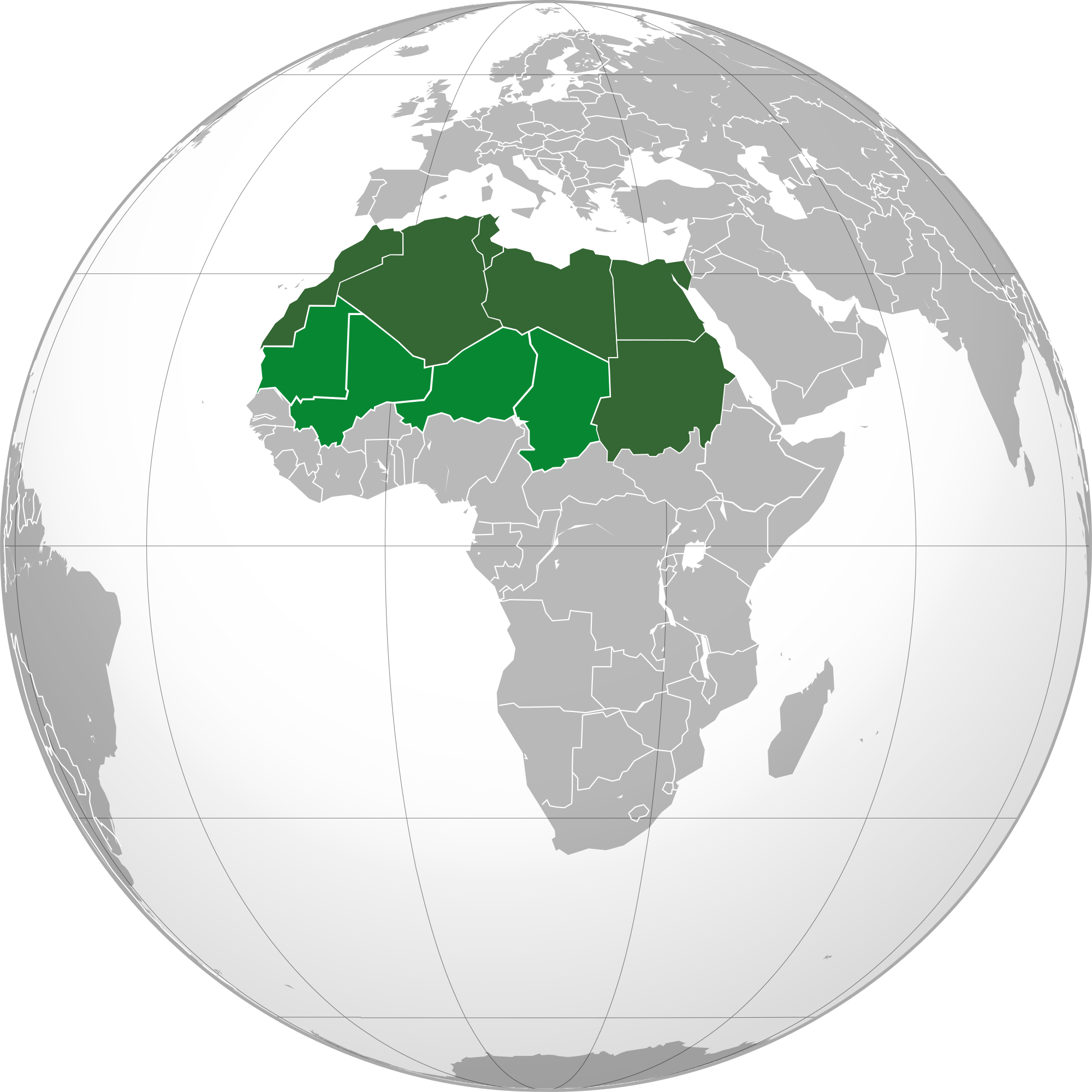 over the course of several centuries, with an advanced
army An army (from Latin ''arma'' "arms, weapons" via Old French ''armée'', "armed" eminine, ground force or land force is a fighting force that fights primarily on land. In the broadest sense, it is the land-based military branch, service branc ...
and
navy A navy, naval force, or maritime force is the branch of a nation's armed forces A military, also known collectively as armed forces, is a heavily armed, highly organized force primarily intended for warfare War is an intense ...
. The Empire lasted until the end of the First World War, when it was defeated by the
Allies An alliance is a relationship among people, groups, or sovereign state, states that have joined together for mutual benefit or to achieve some common purpose, whether or not explicit agreement has been worked out among them. Members of an alli ...
and partitioned. Following the successful
Turkish War of Independence The Turkish War of Independence "War of Liberation", also known figuratively as ''İstiklâl Harbi'' "Independence War" or ''Millî Mücadele'' "National Struggle" (19 May 1919 – 24 July 1923) was a series of military and ethnic cleansing ...
that ended with the
Turkish national movement The Turkish National Movement ( tr, Türk Ulusal Hareketi) encompasses the political and military activities of the Turkish revolutionaries that resulted in the creation and shaping of the modern Republic of Turkey, as a consequence of the defeat ...
retaking most of the land lost to the Allies, the movement abolished the Ottoman sultanate on November 1, 1922 and proclaimed the
Republic of Turkey Turkey ( tr, Türkiye ), officially the Republic of Turkey, is a country located mainly on Anatolia Anatolia,, tr, Anadolu Yarımadası), and the Anatolian plateau. also known as Asia Minor, is a large peninsula in Western Asia and ...
on October 29, 1923. The movement nullified the
Treaty of Sèvres Mehmed Hâdî Pasha signs the Treaty of Sèvres. The Treaty of Sèvres (french: Traité de Sèvres) was a 1920 treaty signed between the Allies of World War I The Allies of World War I or Entente (type of alliance), Entente Powers were ...
and negotiated the significantly more favorable
Treaty of Lausanne (1923) The Treaty of Lausanne (french: Traité de Lausanne) was a peace treaty A peace treaty is an agreement between two or more hostile parties, usually countries or government A government is the system or group of people governing a ...
, assuring recognition of modern Turkish national borders, termed '' Misak-ı Milli'' (National Pact). Not all Ottomans were Muslims and not all Ottoman Muslims were Turks, but starting from 1924, every citizen of the newly found Turkish Republic became considered as "Turk". Article 88 of 1924 Constitution, which was based on the 1921 Constitution, states that the name Turk, as a political term, shall be understood to include all citizens of the Turkish Republic, without distinction of, or reference to race or religion.

began to make the Ottomans the rulers of one of the most profitable empires, connected to the flourishing Islamic cultures of the time, and at the crossroads of trade into Europe. The Ottomans made major developments in calligraphy, writing, law, architecture, and military science, and became the standard of opulence.

Because
Islam Islam (; ar, اَلْإِسْلَامُ, al-’Islām, "submission
o God Oh God may refer to: * An exclamation; similar to "oh no", "oh yes", "oh my", "aw goodness", "ah gosh", "ah gawd"; see interjection An interjection is a word or expression that occurs as an utterance on its own and expresses a spontaneous feeling ...
) is an Abrahamic religions, Abrahamic monotheistic religion teaching that Muhammad is a Muhammad in Islam, messenger of God.Peters, F. E. 2009. "Allāh." In , ed ...
is a monotheistic religion that focuses heavily on learning the central text of the
Quran The Quran (, ; ar, القرآن , "the recitation"), also romanized Qur'an or Koran, is the central religious text Religious texts, also known as scripture, scriptures, holy writ, or holy books, are the texts which various religious t ...

and Islamic culture has historically tended towards discouraging or prohibiting figurative art,
calligraphy Calligraphy (from Greek language, Greek: καλλιγραφία) is a Visual arts, visual art related to writing. It is the design and execution of lettering with a broad-tipped instrument, brush, or other writing instrument. A contemporary call ...

). The next great change in Ottoman calligraphy came from the style of Hâfiz Osman (1642–1698), whose rigorous and simplified style found favour with an empire at its peak of territorial extent and governmental burdens. The late calligraphic style of the Ottomans was created by Mustafa Râkim (1757–1826) as an extension and reform of Osman's style, placing greater emphasis on technical perfection, which broadened the calligraphic art to encompass the sülüs script as well as the Nesih script.

Ottoman poetry included epic-length verse but is better known for shorter forms such as the gazel. For example, the epic poet Ahmedi (-1412) is remembered for his ''
Alexander the Great Alexander III of Macedon ( grc-gre, Αλέξανδρος}, ; 20/21 July 356 BC – 10/11 June 323 BC), commonly known as Alexander the Great, was a king (''basileus ''Basileus'' ( el, βασιλεύς) is a Greek term and title A title ... 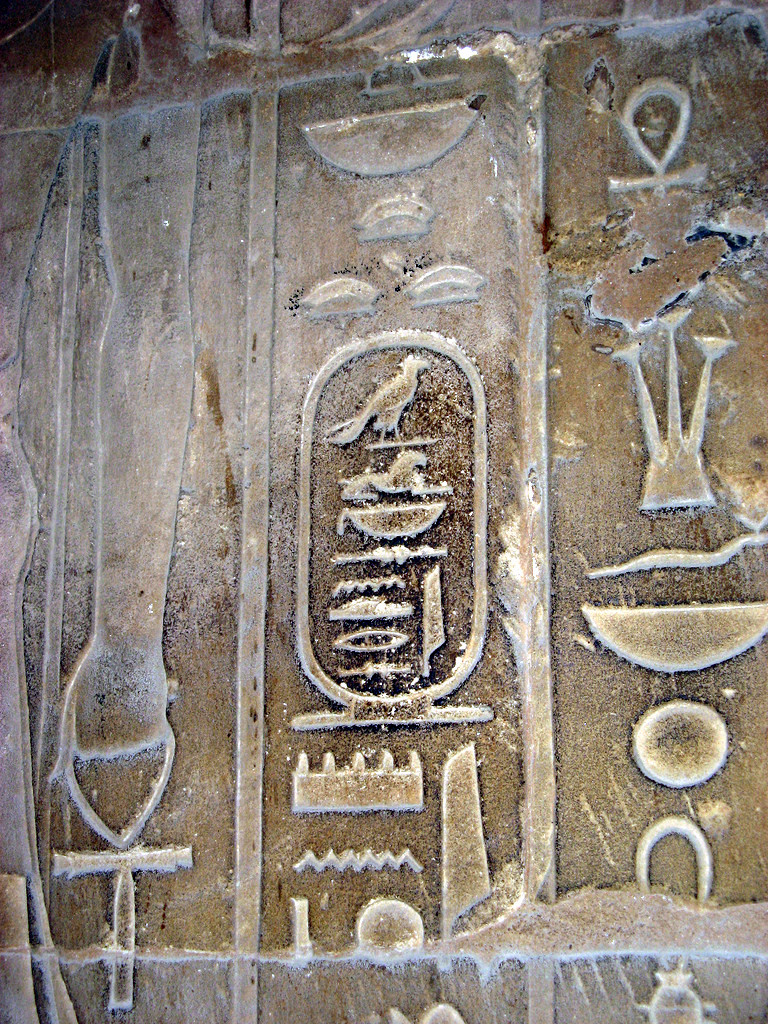 ''. His contemporary Sheykhi wrote verses on love and romance. Yaziji-Oglu produced a religious epic on Mohammed's life, drawing from the stylistic advances of the previous generation and Ahmedi's epic forms.

By the 14th century, the Ottoman Empire's prosperity made manuscript works available to merchants and craftsmen, and produced a flowering of miniatures that depicted pageantry, daily life, commerce, cities and stories, and chronicled events. By the late 18th century, European influences in painting were clear, with the introduction of oils, perspective, figurative paintings, use of anatomy and composition.

*
Turkish people The Turkish people, or simply the Turks, ( tr, Türkler) are the world's largest Turkic Turkic may refer to: * anything related to the country of Turkey * Turkic languages, a language family of at least thirty-five documented languages ** Tur ...

;
Primary source In the study of history History (from Greek Greek may refer to: Greece Anything of, from, or related to Greece Greece ( el, Ελλάδα, , ), officially the Hellenic Republic, is a country located in Southeast Europe. Its populatio ...