Nicole Oresme (; c. 1320–1325 – July 11, 1382), also known as Nicolas Oresme, Nicholas Oresme, or Nicolas d'Oresme, was a significant philosopher of the later Middle Ages. He wrote influential works on economics, mathematics, physics, astrology and astronomy, philosophy, and theology; was Bishop of Lisieux, a translator, a counselor of King Charles V of France, and one of the most original thinkers of 14th-century Europe.

Nicole Oresme was born c. 1320–1325 in the village of Allemagnes (today's Fleury-sur-Orne) in the vicinity of Caen, Normandy, in the diocese of Bayeux. Practically nothing is known concerning his family. The fact that Oresme attended the royally sponsored and subsidised College of Navarre, an institution for students too poor to pay their expenses while studying at the University of Paris, makes it probable that he came from a peasant family. Oresme studied the "arts" in Paris, together with Jean Buridan (the so-called founder of the French school of natural philosophy), Albert of Saxony and perhaps Marsilius of Inghen, and there received the Magister Artium. He was already a regent master in arts by 1342, during the crisis over William of Ockham's natural philosophy. In 1348, he was a student of theology in Paris. In 1356, he received his doctorate and in the same year he became grand master (''grand-maître'') of the College of Navarre. In 1364, he was appointed dean of the Cathedral of Rouen. Around 1369, he began a series of translations of Aristotelian works at the request of Charles V, who granted him a pension in 1371 and, with royal support, was appointed bishop of Lisieux in 1377. In 1382, he died in Lisieux. 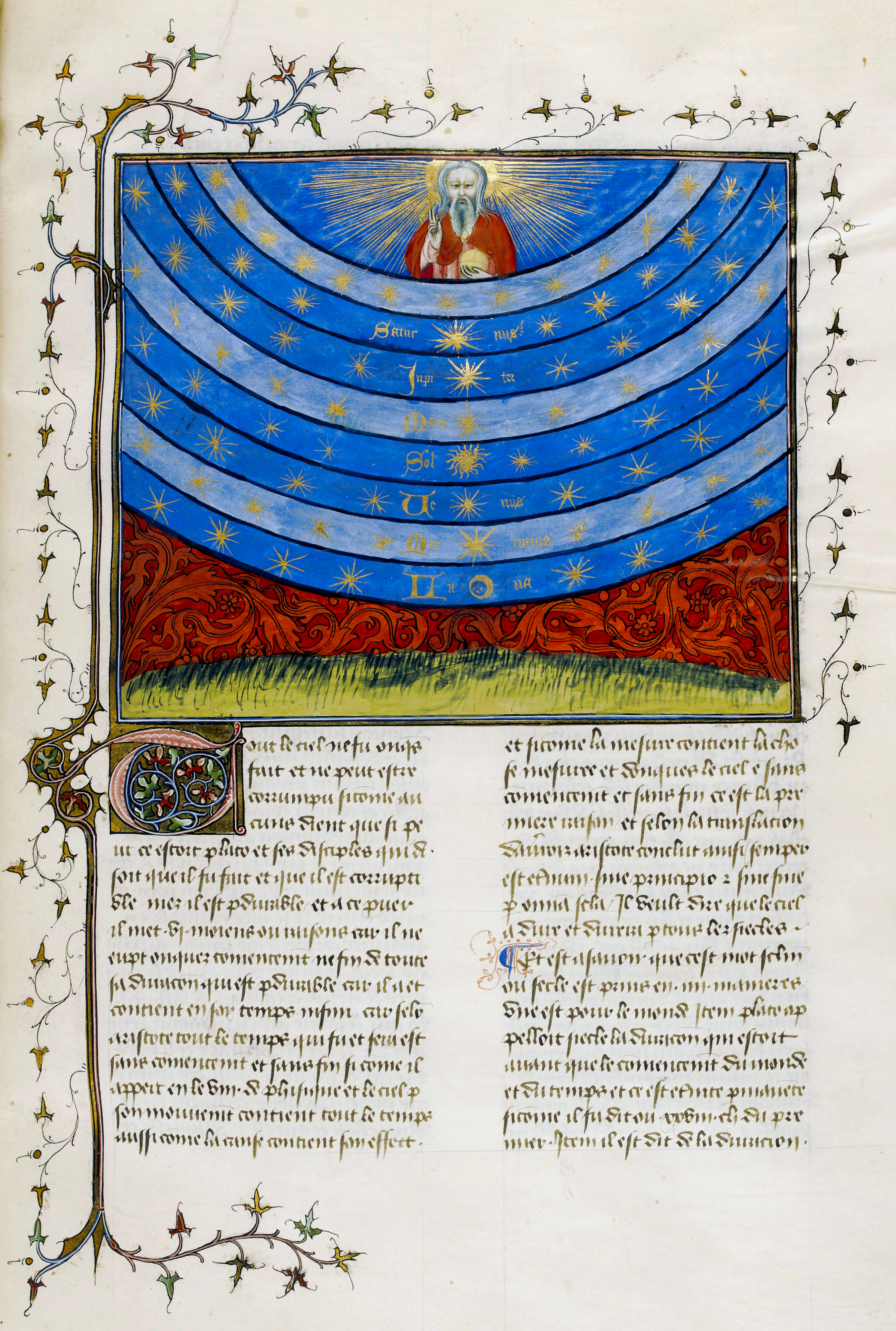 In his ''Livre du ciel et du monde'' Oresme discussed a range of evidence for and against the daily rotation of the Earth on its axis. From astronomical considerations, he maintained that if the Earth were moving and not the celestial spheres, all the movements that we see in the heavens that are computed by the astronomers would appear exactly the same as if the spheres were rotating around the Earth. He rejected the physical argument that if the Earth were moving the air would be left behind causing a great wind from east to west. In his view the Earth, Water, and Air would all share the same motion. As to the scriptural passage that speaks of the motion of the Sun, he concludes that "this passage conforms to the customary usage of popular speech" and is not to be taken literally. He also noted that it would be more economical for the small Earth to rotate on its axis than the immense sphere of the stars. Nonetheless, he concluded that none of these arguments were conclusive and "everyone maintains, and I think myself, that the heavens do move and not the Earth."

In his mathematical work, Oresme developed the notion of incommensurate fractions, fractions that could not be expressed as powers of one another, and made probabilistic, statistical arguments as to their relative frequency. From this, he argued that it was very probable that the length of the day and the year were incommensurate (irrational), as indeed were the periods of the motions of the moon and the planets. From this, he noted that planetary conjunctions and oppositions would never recur in quite exactly the same way. Oresme maintained that this disproves the claims of astrologers who, thinking "they know with punctual exactness the motions, aspects, conjunctions and oppositions… udgerashly and erroneously about future events." Oresme's critique of astrology in his ''Livre de divinacions'' treats it as having six parts. The first, essentially astronomy, the movements of heavenly bodies, he considers good science but not precisely knowable. The second part deals with the influences of the heavenly bodies on earthly events at all scales. Oresme does not deny such influence, but states, in line with a commonly held opinion, that it could either be that arrangements of heavenly bodies signify events, purely symbolically, or that they actually cause such events, deterministically. Mediaevalist Chauncey Wood remarks that this major elision "makes it very difficult to determine who believed what about astrology".