Mulhouse (; Alsatian: or , ; ; meaning ''mill house'') is a subprefecture of the Haut-Rhin department in the Grand Est region of Eastern France, close to the Swiss and German borders. With a population of 108,942 in 2018 in the commune and 246,692 inhabitants in 2017 in the urban unit, it is the largest city in Haut-Rhin and second largest in Alsace after Strasbourg. Mulhouse is the principal commune of the 39 communes which make up the of (m2A, population 272,712). Mulhouse is famous for its museums, especially the (also known as the , 'National Museum of the Automobile') and the (also known as , 'French Museum of the Railway'), respectively the largest automobile and railway museums in the world. An industrial town nicknamed "the French Manchester", Mulhouse is also the main seat of the Upper Alsace University, where the secretariat of the European Physical Society is found.

Mulhouse is the chief city of an arrondissement of the Haut-Rhin department, of which it is a subprefecture. 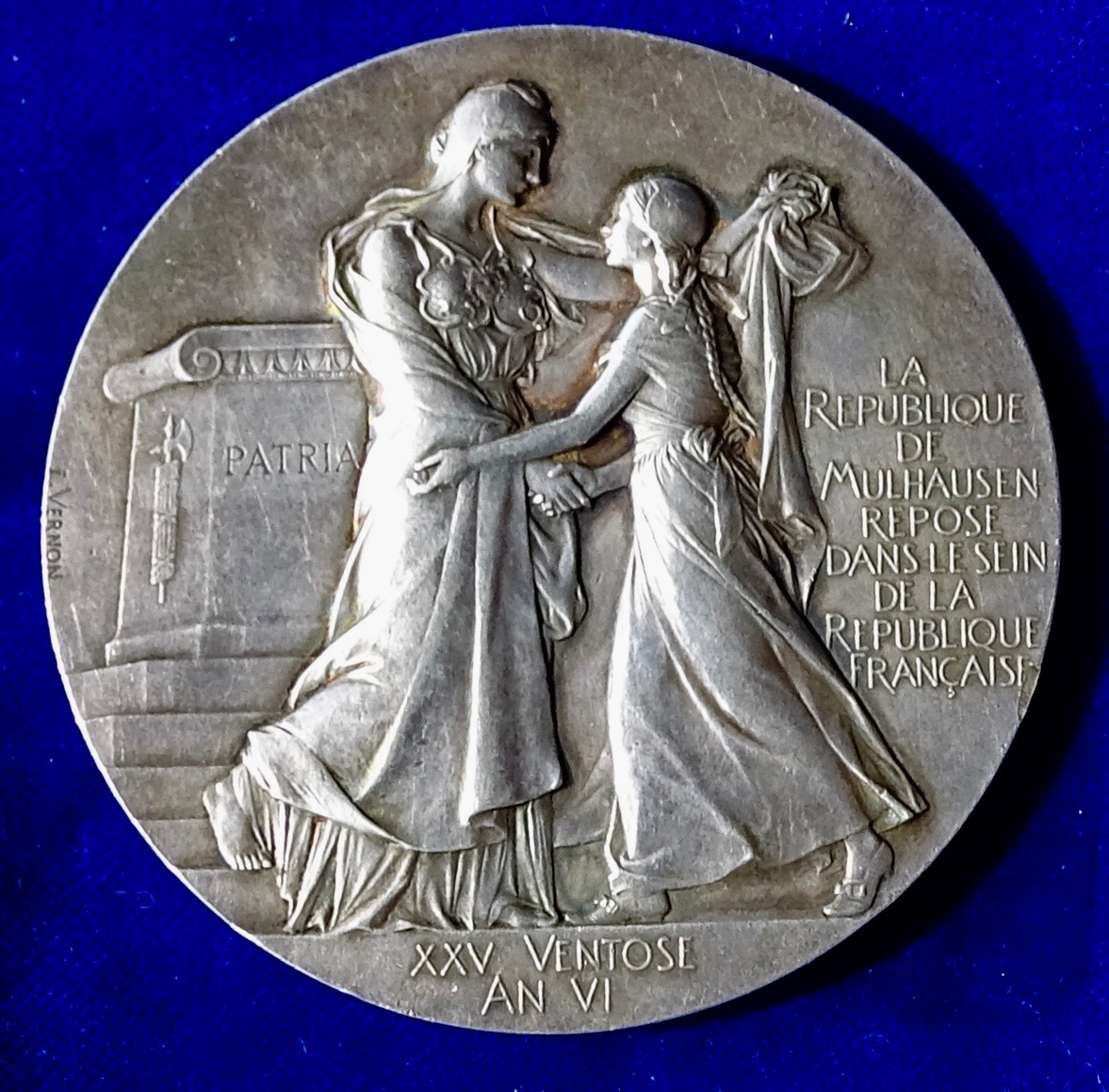 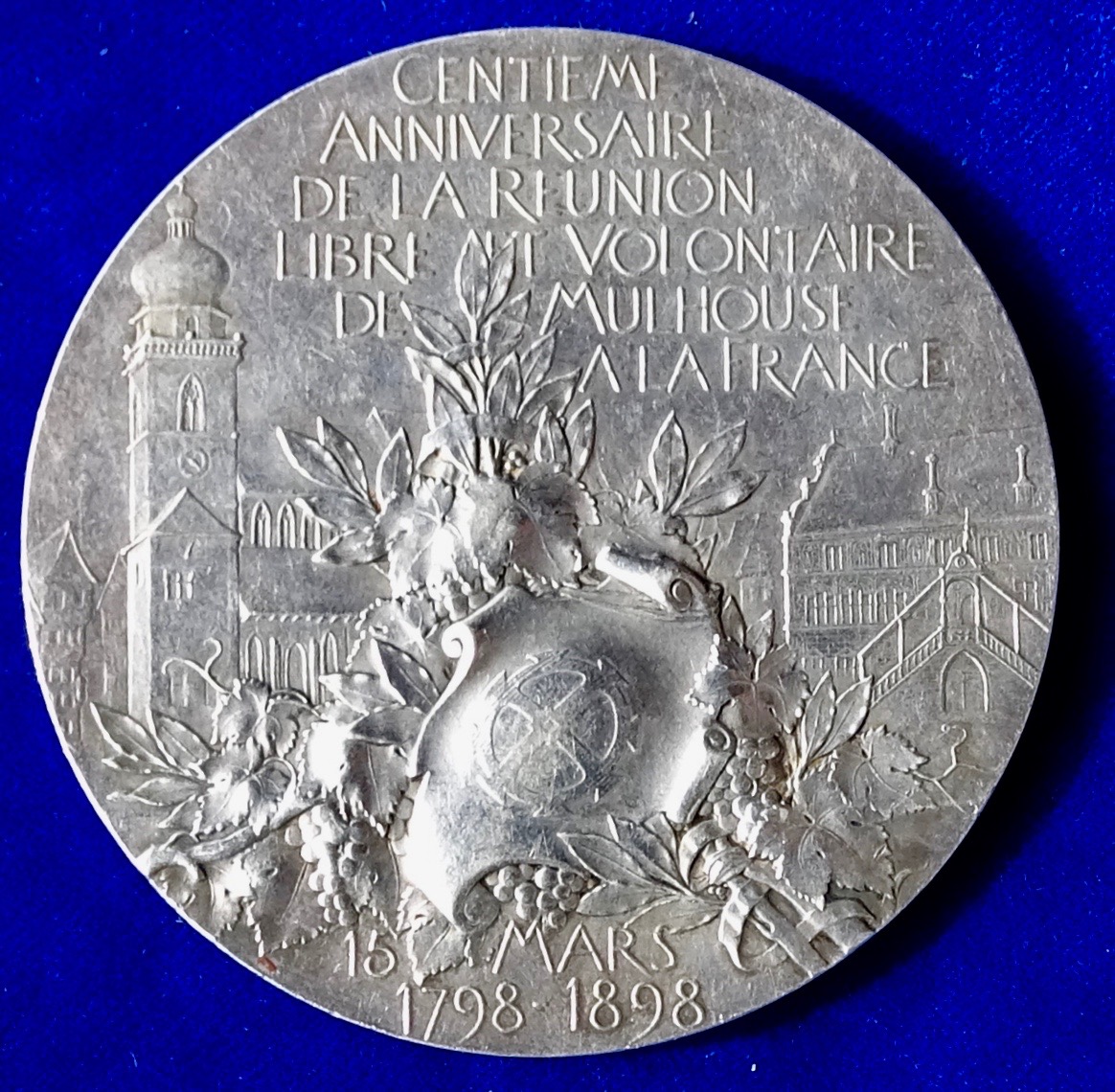 In 58 BC a battle took place west of Mulhouse and opposed the Roman army of Julius Caesar by a coalition of Germans led by Ariovistus. The first written records of the town date from the twelfth century. It was part of the southern Alsatian county of Sundgau in the Holy Roman Empire. From 1354 to 1515, Mulhouse was part of the Décapole, an association of ten Free Imperial Cities in Alsace. The city joined the Swiss Confederation as an associate in 1515 and was therefore not annexed by France in the Peace of Westphalia in 1648 like the rest of the Sundgau. An enclave in Alsace, it was a free and independent Calvinist republic, known as ''Stadtrepublik Mülhausen'', associated with the Swiss Confederation until, after a vote by its citizens on 4 January 1798, it became a part of France in the Treaty of Mulhouse signed on 28 January 1798, during the Directory period of the French Revolution. Starting in the middle of the eighteenth century, the Koechlin family pioneered cotton cloth manufacturing; Mulhouse became one of France's leading textile centers in the nineteenth century. André Koechlin (1789–1875) built machinery and started making railroad equipment in 1842. The firm in 1839 already employed 1,800 people. It was one of the six large French locomotive constructors until the merger with Elsässische Maschinenbau-Gesellschaft Grafenstaden in 1872, when the company became Société Alsacienne de Constructions Mécaniques. After the Prussian victory in the Franco-Prussian War (1870–1871), Mulhouse was annexed to the German Empire as part of the territory of Alsace-Lorraine (1871–1918). The city was briefly occupied by French troops on 8 August 1914 at the start of World War I, but they were forced to withdraw two days later in the Battle of Mulhouse. Alsatians who unwisely celebrated the appearance of the French army were left to face German reprisals, with several citizens sentenced to death. After World War I ended in 1918, French troops entered Alsace, and Germany ceded the region to France under the Treaty of Versailles. After the Battle of France in 1940, it was occupied by German forces until its return to French control at the end of World War II in May 1945. The town's development was stimulated first by the expansion of the textile industry and tanning, and subsequently by chemical and Engineering industries from the mid 18th century. Mulhouse was for a long time called the French Manchester. Consequently, the town has enduring links with Louisiana, from which it imported cotton, and also with the Levant. The town's history also explains why its centre is relatively small.

Two rivers run through Mulhouse, the Doller and the Ill, both tributaries of the Rhine. Mulhouse is approximately away from Strasbourg and Zürich; it is away from Milan and about from Frankfurt. It lies close enough to Basel, Switzerland and Freiburg, Germany to share the EuroAirPort international airport with these two cities.

Medieval Mulhouse consists essentially of a lower and an upper town. *The lower town was formerly the inner city district of merchants and craftsmen. It developed around the Place de la Réunion (which commemorates its reunion with France). Nowadays this area is pedestrianised. *The upper town developed from the eighteenth century on. Previously, several monastic orders were established there, notably the Franciscans, Augustinians, Poor Clares and Knights of Malta. *The ''Nouveau Quartier'' (New District) is the best example of urban planning in Mulhouse, and was developed from 1826 on, after the town walls had been torn down (as they were in many towns in France). It is focused around the ''Place de la République''. Its network of streets and its triangular shape are a good demonstration of the town's desire for a planned layout. The planning was undertaken by the architects G. Stolz and Félix Fries. This inner city district was occupied by rich families and the owners of local industries, who tended to be liberal and republican in their opinions. *The Rebberg district consists of grand houses inspired by the colonnaded residences of Louisiana cotton planters. Originally, this was the town's vineyard (the word ''Rebe'' meaning ''vine'' in German). The houses here were built as terraces in the English style, a result of the town's close relationship with Manchester, where the sons of industrialists were often sent to study.