This is a list of established military terms which have been in use for at least 50 years. Since technology and doctrine have changed over time, not all of them are in current use, or they may have been superseded by more modern terms. However, they are still in current use in articles about previous military periods. Some of them like ''camouflet'' have been adapted to describe modern versions of old techniques. 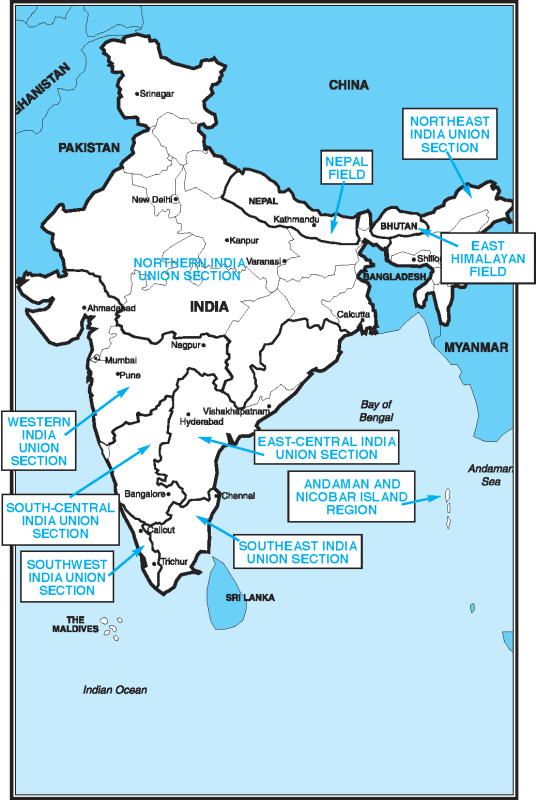 , the term cantonment also describes permanent military stations. *
Logistics Logistics is generally the detailed organization and implementation of a complex operation. In a general business sense, logistics is the management of the flow of things between the point of origin and the point of consumption to meet the requ ...
*
Materiel Materiel or matériel (; ) refers to supplies, equipmentEquipment most commonly refers to a set of tool A tool is an object that can extend an individual's ability to modify features of the surrounding environment. Although many animals u ...
(also ''matériel'') *
Military supply chain management Military supply-chain management is a cross-functional approach to procuring, producing and delivering products and service Service may refer to: Activities :''(See the Religion section for religious activities)'' * Administrative service, ...
*
Staging area A staging area (otherwise staging point, staging base, or staging post) is a location where organisms, people, vehicles, equipment, or material are assembled before use. It may refer to: * In construction Construction is a general term mea ... 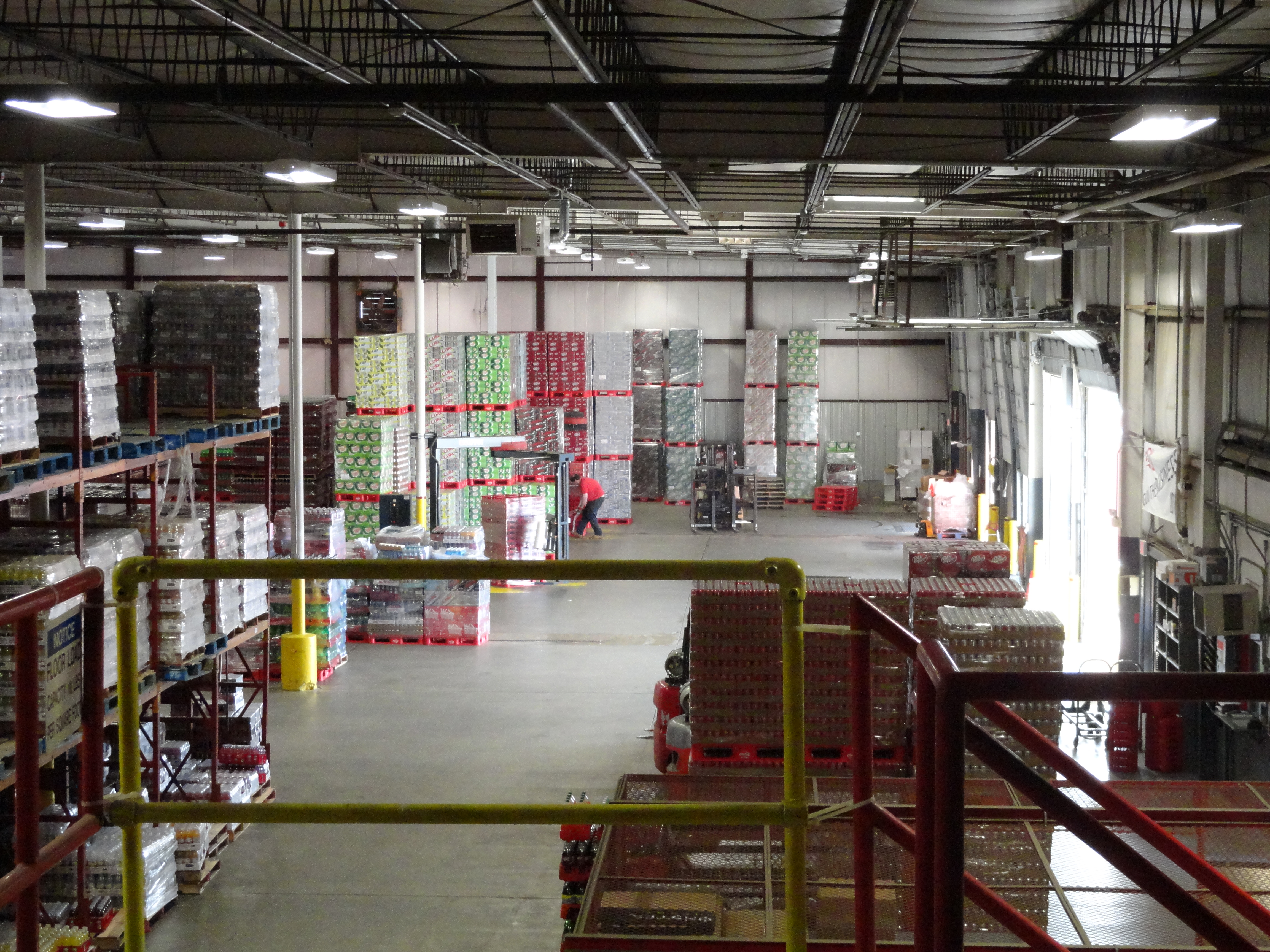 * Demilitarized zone (DMZ): Area that is specifically established to be free from military presence or action. Often used to create a buffer between two conflicting states to prevent accidental border skirmishes and established by treaty or a third party peace keeper. * No man's land: land that is not occupied or, more specifically, land that is under dispute between countries or areas that will not occupy it because of fear or uncertainty, or for tactical or strategical considerations. No man's land was what the Allied Expeditionary Force under the command of General Pershing would refer to the land separating the fronts of the two opposing armies, as it was deadly to be there.

These terms concern identification of means of combat to inflict damage on the opponent.

Munitions are weapons and ordnance that inflict damage through impact.

:''See also List of fortifications'' * Banquette, or fire step * Barbed wire * Bartizan: a cylindrical turret or sentry post projecting beyond the parapet of a fort or castle * Bastion * Bastion fortress: a star-shaped fortress surrounding a town or city (also known as ''star fort'' or ''Trace italienne''). * Artillery battery, Battery: an artillery position, which may be fortified. * Berm * Blast wall: a barrier for protection from high explosive blast. * Blockhouse: a) Medieval and Renaissance - a small artillery tower, b) 18th and 19th centuries - a small colonial wooden fort, c) 20th century - a large concrete defensive structure. * Breastwork (fortification), Breastwork * Bastion, Bulwark * Bunker: a heavily fortified, mainly underground, facility used as a defensive position; also commonly used as command centres for high-level officers. * Caponier: a defensive firing position either projecting into, or traversing the ditch of a fort. * Carnot wall: a wall pierced with loopholes, sited above the scarp of a ditch but below the rampart. * Casemate: a vaulted chamber for protected storage, accommodation or if provided with an embrasure, for artillery * Castle ** Medieval fortification *** Arrow slit (arrow loop, loophole) *** Barbican *** ''Chemin de ronde'' *** Concentric castle *** Drawbridge *** Gatehouse *** Keep or donjon *** Moat *** Machicolation *** Murder-hole *** Portcullis * Citadel * Counterscarp: the opposing side of a ditch in front of a fortification, i.e., the side facing it. * Counterscarp#Counterscarp gallery, Counterscarp gallery: a firing position built into the counterscarp wall of the ditch. * Counter mine: anti-siege tunnel dug by a fortification's defenders below an attacker's Mining (military), mine with the intent of destroying it before the attackers are able to damage (the foundations of) the fortification's walls. * Coupure * Defensive fighting position; for example, a rifle pit, sangar (fortification), sangar or fox hole. * Ditch (fortification), Ditch: a dry moat. * Dragon's teeth (fortification), Dragon's teeth: Triangular obstacles acting as roadblocks for armoured vehicles. * Dutch Water Line: a series of water-based defensive measures designed to flood large areas in case of attack. * Earthworks (engineering), Earthworks * Embrasure: an opening in a parapet or casemate, for a gun to fire through. * Fascine is a bundle of sticks or similar, were used in military defences for revetting (shoring up) trenches or ramparts, especially around artillery batteries, or filling in ditches and trenches during an attack. * Flèche (fortification), Flèche: an arrow shaped outwork, smaller than a ravelin or a lunette, with 2 face (fortification), faces with a parapet and an open gorge (fortification), gorge * Fort * Fortification * Fortress * Gabion: a large basket filled with earth, used to form a temporary parapet for artillery * Glacis: a bank of earth sloping away from the fort, to protect it from direct artillery fire * Gorge (fortification), Gorge: opening at the rear of an outwork for access by defending troops from the main defensive position * Hill fort (New Zealand: Pa (Māori)) * Lunette (fortification), Lunette: an outwork consisting of a salient angle with two flanks and an open gorge. * Magazine (artillery), Magazine: a protected place within a fort, where ammunition is stored and prepared for use. * Mining (military), Mining: a siege method used since antiquity against a walled city, fortress or castle, where tunnels are dug to undermine the foundations of the walls; also see counter-mine. * Outwork: a minor defence, built or established outside the principal fortification limits, detached or semidetached. * Parapet: a wall at the edge of the rampart to protect the defenders. * Pillbox (military), Pillbox: a small concrete guard post. * Polygonal fort: a later type of fort without bastions. * Defensive wall, Rampart: The main defensive wall of a fortification. * Ravelin: a triangular fortification in front of bastion as a detached outwork. * Redan: a V-shaped salient angle toward an expected attack, made from earthworks or other material. * Redoubt: a fort or fort system usually consisting of an enclosed defensive emplacement outside a larger fort, which can be constructed of earthworks, stone or brick. * Reduit: an enclosed defensive emplacement inside a larger fort; provides protection during a persistent attack. * Sangar (fortification), Sangar: a small temporary fortified position with a breastwork originally of stone, but built of sandbags and similar materials in modern times. * Sally port * Sapping * Scarp (fortification), Scarp: the side of a ditch in front of a fortification facing away from it. * Sconce (fortification), Sconce: a small protective fortification, such as an earthwork, often placed on a mound as a defensive work for artillery. * Coastal defence and fortification#Sea fort, Sea fort: a coastal fort entirely surrounded by the sea, either built on a rock or directly onto the sea bed. * Slighting: the deliberate destruction of an (abandoned) fortification without opposition from its (former) occupants and/or defenders. * Sortie * Star fort: a star-shaped fortress surrounding a town or city (also known as ''Bastion fortress'' or ''Trace italienne''). * Tenaille (archaic Tenalia): an advanced pincer-shaped defensive work in front of the main defences of a fortress. * Terreplein: the fighting platform on top of a rampart, behind the parapet. * ''Tête-de-pont'': a temporary defensive work defending a bridge at the end closest to the enemy. * ''Trace italienne'': a star-shaped fortress surrounding a town or city (also known as ''Bastion fortress'' or ''star fort''). * Trench warfare, Trench

*Defile (geography), Defile: a geographic term for a narrow pass or gorge between mountains. It has its origins as a military description of a pass through which troops can march only in a narrow column or with a narrow front. *Debouch: **To emerge from a defile or similar into open country; **A fortification at the end of a defile; **Water that flows out of a defile into a wider place such as a lake.

These terms concern the type of use of naval armed forces. * Blockade * ''Coup de grâce'': a final shot intended to finish off a sinking (enemy) ship (which should be distinguished from scuttling). * Crossing the Tee * Vanguard—the leading part of an advancing military formation * Line astern, line ahead, or line of battle * Raking fire * Scuttling * Weather gage

* Adrift: Loose and out of control. Typically applied to a ship or vessel that has lost power and is unable to control its movement. * Aft: Any part of the ship closer to the stern than you currently are. * All Hands: The entire ship's crew to include all officers and enlisted. * Aye aye, sir, Aye, Aye: Response acknowledging and understanding a command. * Bow (ship), Bow: Front of the ship. * Below: Any deck beneath the one you are currently on. * Carry on: An order given to continue work or duties. * Cast off: To throw off, to let go, to unfurl. * Colours, standards and guidons, Colours: Raising and lowering of the National Ensign, the National flag, and organization flags. * Fathom: Unit of measurement generally used for depth from sea level to sea floor. * General quarters, General Quarters: Battle stations. Generally set when the ship is about to engage in battle or hostile activities. * Jettison: To throw or dispose of something over the side of the ship. * Ladder: Also known as a ladder well. Much like civilian stairs, however much steeper. * Leave (U.S. military), Leave: Vacation time nearly completely free unless an emergency recall occurs. * Shore leave or Liberty (US): Permission to leave the ship/base to enjoy non-work activities. * Mid-watch: Tends to be the midnight to 0400 watch. Also known as "balls to four" due to military time equivalent 0000-0400. * Port and starboard, Port Side: Left hand side of the ship. * Quarters: Generally the morning assembly of all hands for muster and accountability. * Port and starboard, Starboard: Right hand side of the ship. * Stern: Rear of the ship. * Taps: Lights out, time to sleep. * Turn to: Start working. * Working Aloft: Working above the highest deck, generally performing maintenance on the ship's mast or antennas.

* Sortie: used by air forces to indicate an aircraft mission count (''flew seven sorties'') or in the sense of a departure (''the aircraft sortied'').

These terms concern the type of use of aviation armed forces.

*
A Dictionary of Military Architecture: Fortification and Fieldworks from the Iron Age to the Eighteenth Century
' by Stephen Francis Wyley, drawings by Steven Lowe

by the National Park Service, United States Department of the Interior
Military Terms Dictionary
Lookup on military terms offering you clear definitions by some of the most reliable reference works in this field.
Military acronyms and abbreviations
Military lists, Terms Military terminology, * Lists of government and military acronyms, Established