Judicial independence is the concept that the judiciary should be independent from the other branches of government. That is, courts should not be subject to improper influence from the other branches of government or from private or partisan interests. Judicial independence is important to the idea of separation of powers. Many countries deal with the idea of judicial independence through different means of judicial selection, or choosing judges. One way to promote judicial independence is by granting life tenure or long tenure for judges, which ideally frees them to decide cases and make rulings according to the rule of law and judicial discretion, even if those decisions are politically unpopular or opposed by powerful interests. This concept can be traced back to 18th-century England. In some countries, the ability of the judiciary to check the legislature is enhanced by the power of judicial review. This power can be used, for example, by mandating certain action when the judiciary perceives that a branch of government is refusing to perform a constitutional duty or by declaring laws passed by the legislature unconstitutional. 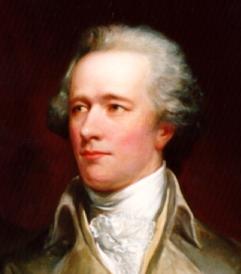 Judicial independence serves as a safeguard for the rights and privileges provided by a limited constitution and prevents executive and legislative encroachment upon those rights. It serves as a foundation for the rule of law and democracy. The rule of law means that all authority and power must come from an ultimate source of law. Under an independent judicial system, the courts and its officers are free from inappropriate intervention in the judiciary's affairs. With this independence, the judiciary can safeguard people's rights and freedoms which ensure equal protection for all. The effectiveness of the law and the respect that people have for the law and the government which enacts it is dependent upon the judiciary's independence to mete out fair decisions. Furthermore, it is a pillar of economic growth as multinational businesses and investors have confidence to invest in the economy of a nation who has a strong and stable judiciary that is independent of interference. The judiciary's role in deciding the validity of presidential and parliamentary elections also necessitates independence of the judiciary.

The disadvantages of having a judiciary that is seemingly too independent include possible abuse of power by judges. Self-interest, ideological dedication and even corruption may influence the decisions of judges without any checks and balances in place to prevent this abuse of power if the judiciary is completely independent. The relationship between the judiciary and the executive is a complex series of dependencies and inter-dependencies which counter-check each other and must be carefully balanced. One cannot be too independent of the other. Furthermore, judicial support of the executive is not as negative as it seems as the executive is the branch of government with the greatest claim to democratic legitimacy. If the judiciary and executive are constantly feuding, no government can function well. Also, an extremely independent judiciary would lack judicial accountability, which is the duty of a public decision-maker to explain and justify a decision and to make amendments where a decision causes injustice or problems. Judges are not required to give an entire account of their rationale behind decisions, and are shielded against public scrutiny and protected from legal repercussions. However judicial accountability can reinforce judicial independence as it could show that judges have proper reasons and rationales for arriving at a particular decision. While judges are not democratically accountable to the people, the key is for judges to achieve equilibrium between the two to ensure that justice is upheld.

Constitutional economics studies issues such as the proper distribution of national wealth including government spending on the judiciary. In transitional and developing countries, spending on the judiciary may be controlled by the executive. This undermines the principle of judicial independence because it creates a financial dependence of the judiciary on the executive. It is important to distinguish between two methods of corruption of the judiciary: the state (through budget planning and privileges) being the most dangerous, and private. State corruption of the judiciary can impede the ability of businesses to optimally facilitate the growth and development of a market economy. In some countries, the constitution also prohibits the legislative branch from reducing salaries of sitting judges.

Development of the concept