Joseph Leonard Gordon-Levitt was born in Los Angeles, California and was raised in the Sherman Oaks neighborhood. He is Jewish, from a family that is "not strictly religious" and his parents were among the founders of the Progressive Jewish Alliance. Gordon-Levitt's father, Dennis Levitt, was once the news director for the Pacifica Radio station, KPFK-FM. His mother, Jane Gordon, ran for the United States Congress in California during the 1970s for the Peace and Freedom Party; she met Dennis Levitt while she was working as the program guide editor for KPFK-FM. His maternal grandfather, Michael Gordon (1909–1993), was a Hollywood film director. Gordon-Levitt had an older brother, Dan, a photographer and fire spinner who died in 2010 at the age of 36. Gordon-Levitt attended Van Nuys High School and graduated in 1999. 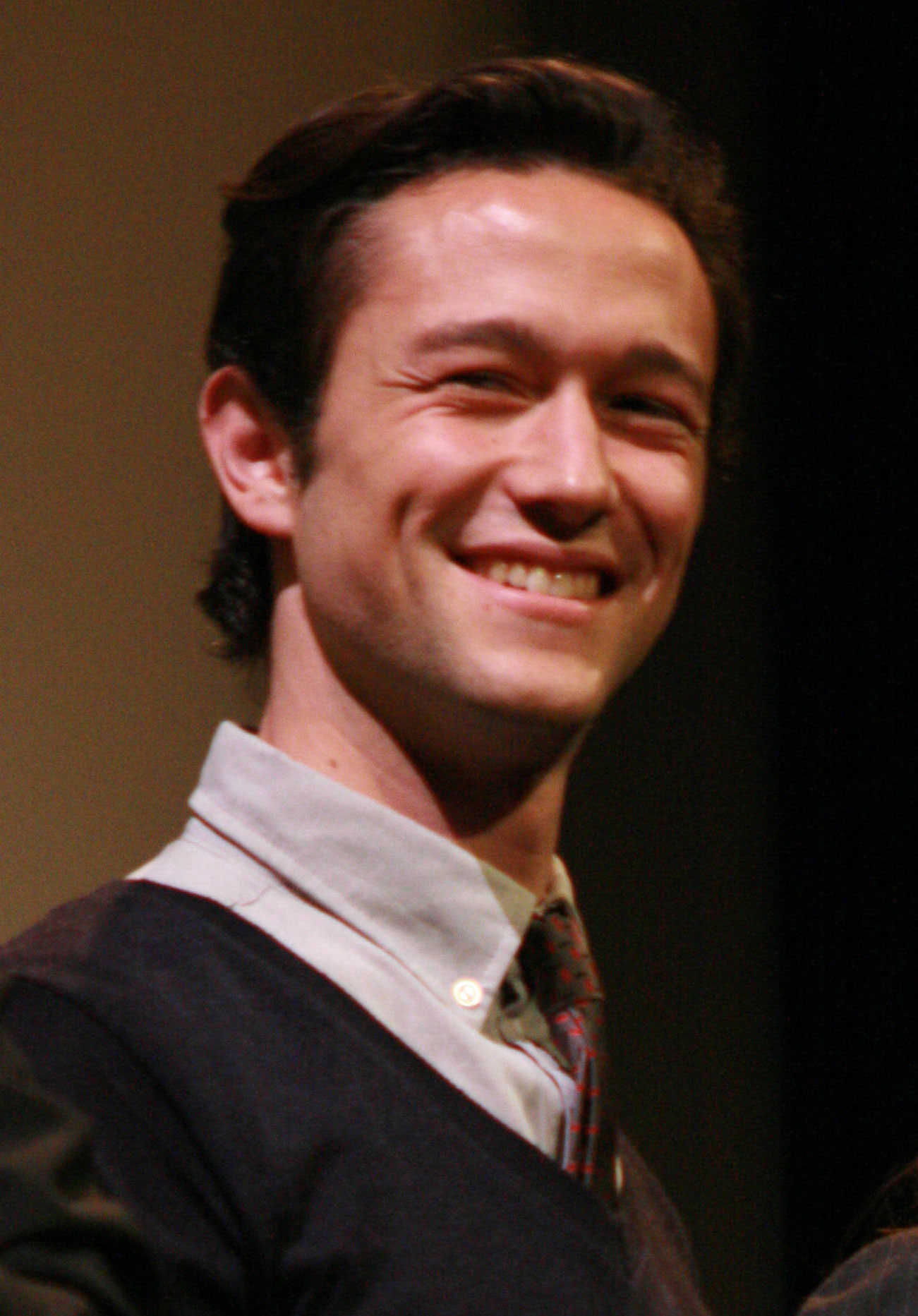 Gordon-Levitt joined a musical theater group at the age of four and played the Scarecrow in a production of ''The Wizard of Oz''. Subsequently, he was approached by an agent and began appearing on television and in commercials for Sunny Jim peanut butter, Cocoa Puffs, Pop-Tarts, and Kinney Shoes. At age six he starred in several made-for-television films. In 1991, he played both David Collins and Daniel Collins in the ''Dark Shadows'' television series and appeared in the movie ''A River Runs Through It'' . In the same year, he made an appearance as a boy who witnesses a murder in an episode of Quantum Leap. During 1992–93, he played in ''The Powers That Be'', a sitcom starring John Forsythe as a clever young boy named Pierce Van Horne. Also in 1992, he portrayed Gregory Kingsley in the made-for-TV film ''Switching Parents'', based on Kingsley's real life case of "divorcing" his parents. In 1994, he starred in the Disney film ''Angels in the Outfield'' as an orphan who sees angels. In 1996, he got the role of Tommy Solomon on the sitcom ''3rd Rock from the Sun''. The series ran for six seasons. The ''San Francisco Chronicle'' noted that Gordon-Levitt was a "Jewish kid playing an extraterrestrial pretending to be a Jewish kid". During the 1990s, he was frequently featured in teenage magazines. He also made an appearance on ''That '70s Show'' in 1998 as Buddy, a gay teenager who assumes his friend (main character Eric Forman) is gay as well, in the episode "Eric's Buddy". Gordon-Levitt had a supporting role in 1998's ''Halloween H20: 20 Years Later'', the 1999 film ''10 Things I Hate About You'', a modern-day adaptation of Shakespeare's ''The Taming of the Shrew'', and voiced Jim Hawkins in ''Treasure Planet'' (2002), a Disney adaptation of the novel ''Treasure Island''. In 2000, he began attending Columbia University. He studied history, literature, and French poetry. He became an avid Francophile and a French speaker. He said that moving to New York City from his hometown forced him to grow as a person. He dropped out in 2004 to concentrate on acting again.

Gordon-Levitt has said that he made a conscious decision to "be in good movies" after returning to acting. His films include 2001's drama ''Manic'' which was set in a mental institution, ''Mysterious Skin'' (2004) in which he played a gay prostitute and child sexual abuse victim, and ''Brick'' (2005), a modern-day film noir set at a high school. In ''Brick'' he had the lead role of Brendan Frye, a teen who becomes involved in an underground drug ring while investigating a murder. ''Brick'' received positive reviews, with ''The Minnesota Dailys critic commenting that Gordon-Levitt played the character "beautifully", saying the performance was "true to (the) film's style", "unfeeling but not disenchanted", and "sexy in the most ambiguous way." Another review describes the performance as "astounding". He starred opposite Steve Sandvoss as a young judgmental missionary in ''Latter Days'' (2003), a film that centers on a sexually repressed Mormon missionary (Sandvoss) who falls for his gay neighbor. He also had roles in ''Havoc'' and ''Shadowboxer''.

His next role was in 2007's ''The Lookout'' in which he played Chris Pratt, a janitor involved in a bank heist. In reviewing the film, ''The Philadelphia Inquirer'' described Gordon-Levitt as a "surprisingly formidable, and formidably surprising, leading man", while ''New York'' magazine stated that he is a "major tabula rasa actor ... a minimalist", and his character is effective because he "doesn't seize the space ... by what he takes away from the character." The ''San Francisco Chronicle'' specified that he "embodies, more than performs, a character's inner life." His 2008 and 2009 films include ''Stop-Loss'', directed by Kimberly Peirce and revolving around American soldiers returning from the Iraq War, and ''Killshot'' in which he played a hoodlum partnered with a hired killer played by Mickey Rourke. Gordon-Levitt played a lead role opposite to friend Zooey Deschanel in ''500 Days of Summer'', a well-received 2009 release about the deconstruction of a relationship. His performance, described as "the real key" to what makes the film work, credits him with using "his usual spell in subtle gradations." ''Variety''s Todd McCarthy praised his performance, saying he "expressively alternates between enthusiasm and forlorn disappointment in the manner Jack Lemmon could". Peter Travers of ''Rolling Stone'' said the movie "hits you like a blast of pure romantic oxygen" and credited both lead actors for playing "it for real, with a grasp of subtlety and feeling that goes beyond the call of breezy duty." He was subsequently nominated for a Golden Globe Award. He later played villain Cobra Commander in ''G.I. Joe: The Rise of Cobra''. On November 21, 2009, he hosted ''Saturday Night Live''. In 2010, he replaced James Franco and starred alongside Leonardo DiCaprio in Christopher Nolan's science fiction thriller ''Inception'', which received favorable reviews. In 2011, Gordon-Levitt began filming Christopher Nolan's ''The Dark Knight Rises'' in which he played John Blake, a police officer who emerges as a key ally of Batman. In ''Premium Rush'', he played the starring role of a fixie-riding, brash bicycle messenger; he portrayed the younger version of Bruce Willis' character, in a shared role for the time-travel thriller ''Looper,''; and the supporting role of Robert Todd Lincoln in Steven Spielberg's biopic ''Lincoln''. All three movies were released in 2012. Gordon-Levitt played a new character, Johnny, in the sequel ''Sin City: A Dame to Kill For'' (2014), described by the filmmakers as "a cocky gambler who disguises a darker mission to destroy his most foul enemy at his best game". In October 2013, it was reported that he was one of the frontrunners to play the lead character for Marvel Studios's superhero film ''Ant-Man'' which eventually went to Paul Rudd. 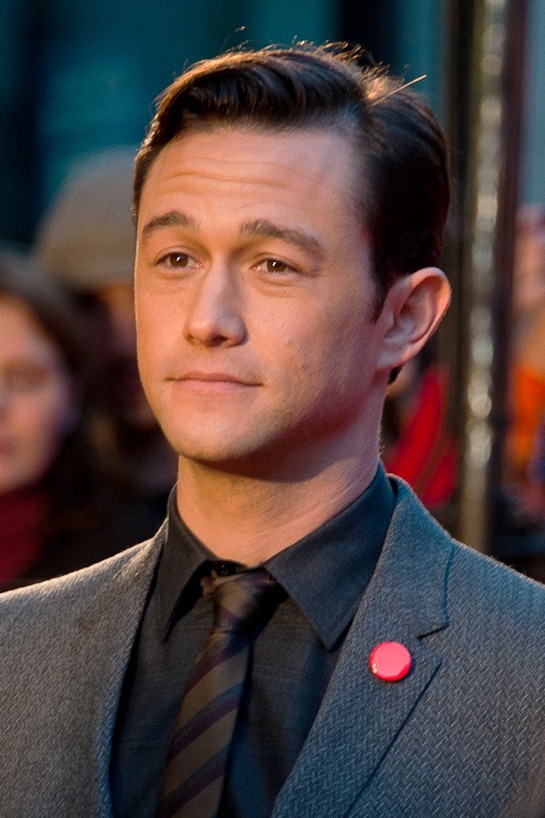 In 2015, Gordon-Levitt starred as Philippe Petit in the biographical drama ''The Walk'', directed by Academy Award-winning director Robert Zemeckis. Gordon-Levitt then played National Security Agency surveillance leaker Edward Snowden in ''Snowden'', directed by Oliver Stone. The film was released in North America on September 16, 2016 and also starred Shailene Woodley, Melissa Leo, Zachary Quinto, Tom Wilkinson, and Nicolas Cage. In 2017, Gordon-Levitt had a voice cameo in ''Star Wars: The Last Jedi''. In 2019, Gordon-Levitt starred in ''7500'' directed by Patrick Vollrath, which had its world premiere at the Locarno Film Festival on August 9, 2019. It was released on June 19, 2020 by Amazon Studios. That same year, Gordon-Levitt had a voice cameo in ''Knives Out''. Gordon-Levitt starred in ''Project Power'', directed by Ariel Schulman and Henry Joost, opposite Jamie Foxx and Dominique Fishback; it was released on August 14, 2020 by Netflix. He next played lawyer Richard Schultz in the drama film ''The Trial of the Chicago 7''. The movie was written and directed by Aaron Sorkin; its release date was September 25, 2020. In March 2021, it was announced that Levitt would voice Jiminy Cricket in Robert Zemeckis' live-action film adaptation of ''Pinocchio''.

Gordon-Levitt's first film as director, the 24-minute-long ''Sparks'' was an adaptation of a short story by Elmore Leonard starring Carla Gugino and Eric Stoltz. ''Sparks'' was selected for the 2009 Sundance Film Festival to be shown as part of a new program for short films. In 2010, he directed another short film, ''Morgan and Destiny's Eleventeenth Date: The Zeppelin Zoo''. It premiered at two houses during the South by Southwest festival in Austin. He was one of the many producers of the Broadway show ''Slava's Snowshow''. In 2013, Gordon-Levitt wrote, directed, and starred in his screenwriting and directorial debut, ''Don Jon''. The film also stars Scarlett Johansson, Julianne Moore, and Tony Danza and it premiered at the Sundance Film Festival in January 2013. Following the premiere, the film was acquired by Relativity Media and Gordon-Levitt stated: "I always intended this to be a movie for a mass popular audience. Everyone told me it was a long shot ... I couldn't possibly be more grateful." In September 2019, it was announced Gordon-Levitt would write, direct, star, and executive produce ''Mr. Corman'' a comedy-drama series produced by A24 for Apple TV+.

HitRecord (pronounced ; often stylized as hitREC●rd) Gordon-Levitt created the platform in 2010 after a period of stagnation in his acting career. "I wanted to be creative, and no one was letting me o I saidOK, I have to figure out something to do on my own." The company has $6.4 million in venture capital. On 6 November 2020, Gordon-Levitt released ''Hong Kong Never Sleeps'', a collaborative short film paying homage to Hong Kong created on hitRECord, on his Facebook page. It features photos and videos he collected from Hong Kongers since August 2020, which some themed around the Hong Kong protests starting in 2019, and voice by actors he recruited on October 2020.

In October 2013, Gordon-Levitt identified himself as a feminist, giving credit to his mother: "My mom brought me up to be a feminist. She was active in the movement in the 1960s and 1970s. The Hollywood movie industry has come a long way since its past. It certainly has a bad history of sexism, but it ain't all the way yet." In December 2014, Gordon-Levitt married Tasha McCauley, the founder and CEO of technology company Fellow Robots. Their first child, a son, was born in August 2015. Their second son was born in June 2017. He has been living with his family in Wellington, New Zealand since October 2020 after moving his new TV production there to safely film outside of the Covid-19 pandemic in the United States.