Joseph Fielding Smith Jr. (July 19, 1876 – July 2, 1972) was an American religious leader and writer who served as the tenth president of The Church of Jesus Christ of Latter-day Saints (LDS Church) from 1970 until his death in 1972. He was the son of former church president Joseph F. Smith and the great-nephew of LDS Church founder Joseph Smith. Smith was named to the Quorum of the Twelve Apostles in 1910, when his father was the church's president. When Smith became president of the LDS Church, he was 93 years old; he began his presidential term at an older age than any other president in church history. Smith's tenure as President of the Quorum of the Twelve Apostles from 1951 to 1970 is the third-longest in church history; he served in that capacity during the entire presidency of David O. McKay. Smith spent some of his years among the Twelve Apostles as the Church Historian and Recorder. He was a religious scholar and a prolific writer. Many of his works are used as references for church members. Doctrinally, Smith was known for rigid orthodoxy and as an arch-conservative in his views on evolution and race.

Smith was born in Salt Lake City on July 18, 1876, as the first son of Julina Lambson Smith, the second wife and first plural wife of Joseph F. Smith, then a member of the Quorum of the Twelve. By agreement between his parents, Smith was given his father's name, even though Joseph F. Smith's third and fourth wives had previously had sons. Growing up, Smith lived in his father's large family home at 333 West 100 North in Salt Lake City, Utah Territory. The house was opposite the original campus of the University of Deseret (modern University of Utah), on a site now occupied by the LDS Business College. He also often worked on the family farm in Taylorsville, Utah, as a child. In January 1879, when Smith was two years old, the U.S. Supreme Court in ''Reynolds v. United States'' upheld the constitutionality of the Morrill Anti-Bigamy Act of 1862, which had criminalized the Latter-day Saint practice of plural marriage. Due to aggressive federal enforcement of this ruling, as well as the Edmunds Act of 1882 and the Edmunds-Tucker Act of 1887, many LDS Church leaders, including Smith's father, were either imprisoned or forced into hiding and exile during most of the 1880s. Smith's father, as the keeper of the records of the Endowment House, felt a special need to avoid capture since the records could allow the federal authorities to easily prove polygamy charges against certain Latter-day Saint men. In January 1885, Smith's parents and his younger sister, Julina, left for the Sandwich Islands (modern Hawaii), where Smith's father had served a mission as a teenager in the 1850s. In their absence, Smith continued to live in the family home with his brothers and sisters and his father's other wives, whom he "lovingly called 'aunties'". Smith's mother returned to Salt Lake City in 1887, followed later by his father. Even after his return, Joseph F. Smith was unable to openly visit and care for his wives and children until receiving a presidential pardon from U.S. President Benjamin Harrison in September 1891. Smith's mother worked as a midwife to help provide for the family, and delivered nearly 1000 babies in her career without ever having a mother or infant die in childbirth. As a boy, Smith often drove his mother by wagon to the various deliveries that she attended in Salt Lake City. Smith's primary schooling took place in "ward schools", which in the 19th century were semi-formal schools run by members of each ward which taught the traditional "three R's": reading, writing, and arithmetic. As a teenager Smith completed two years of study at the Latter-day Saint College, an institution equivalent to the modern U.S. high school, which provided courses in the basic areas of mathematics, geography, history, basic science, and penmanship. After leaving the college, Smith began working as a stock clerk doing manual labor at ZCMI to supplement the family's income. Smith was present in the large assembly room of the Salt Lake Temple for its dedication on April 6, 1893, by church president Wilford Woodruff.

Smith married his first wife, Louie Emily "Emyla" Shurtliff (born June 16, 1876) on April 26, 1898. In March 1899, church president Lorenzo Snow called him on a mission to Great Britain, which he completed (May 1899 - July 1901), leaving Louie in Salt Lake City. On May 12, 1899, Smith was set apart as a missionary and ordained a seventy by his father. A small group of missionaries, including Smith and his older brother, Joseph Richards Smith, left the next day for England. After his return from the British mission, Smith and his wife had two daughters, Josephine and Julina. Louie died of complications of a third pregnancy on March 28, 1908. For part of this time Smith was a member of the Mormon Tabernacle Choir for part of the time that Evan Stephens was the conductor. Smith married Ethel Georgina Reynolds (born October 23, 1889), the daughter of prominent LDS Church leader George Reynolds, on November 2, 1908. They had four girls (Emily, Naomi, Lois, and Amelia) and five boys (Joseph Fielding (often called Joseph Fielding Smith, Jr.), Lewis Warren, George Reynolds, Douglas Allan, and Milton Edmund). Their youngest daughter, Amelia, married Bruce R. McConkie, who was named to the Quorum of the Twelve Apostles shortly after Smith's death. Ethel died of a cerebral hemorrhage on August 26, 1937, at age 47. Ethel had specifically requested that Jessie Ella Evans (December 29, 1902 – August 2, 1971) sing at her funeral. Evans, born to Jonathan Evans and Janet Buchanan Evans, had joined the Mormon Tabernacle Choir in 1918, was a member of the American Light Opera Company (1923–27), and was the Salt Lake County Recorder. In November 1937, Evans and Smith were engaged to be married. In April 1938, Smith married Evans in the Salt Lake Temple. The marriage was performed by Heber J. Grant. The couple had no children and Jessie died on August 2, 1971. 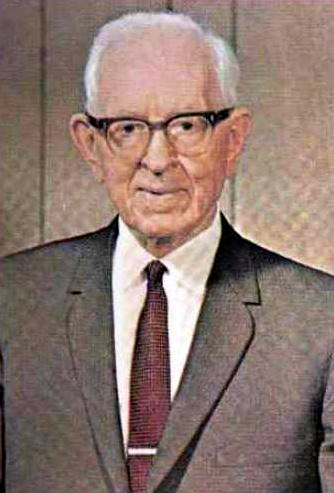 After completing his mission in 1901, Smith began working in the office of the Church Historian and Recorder. In 1906, he was given the position of Assistant Church Historian. He wrote his first doctrinal book, ''The Origins of the Reorganized Church and the Question of Succession'' in 1909, to defend the LDS Church against the recent proselytizing by missionaries for the Reorganized Church of Jesus Christ of Latter Day Saints (RLDS Church) in Utah. He was the acting recorder of the 1910 general conference when he was called as an apostle. Prior to his call as a general authority, Smith served as the secretary and treasurer of the Genealogical Society of Utah. In 1921, Smith assumed the office of Church Historian and Recorder, which he held until 1970. Before 1910, Smith was a member of a stake high council and a home missionary (somewhat similar to a modern ward missionary). He also served on the Young Men's Mutual Improvement Association General Board. Early in his apostleship, his creationist views on the dispute between Mormonism's Biblical teachings and the theory of evolution brought him attention. (See Mormonism and evolution.) Smith authored the book ''Man, His Origin and Destiny'' on the subject and unsuccessfully tried to make it the basis of a course of study at the church seminaries. The book was met with disapproval from church president David O. McKay, who made it clear that the book was unauthorized by the church and was not to be taken as reflecting church doctrine. However, because Smith was the Acting President of the Quorum of the Twelve Apostles at the time of publication and later became president of the church, his views carried substantial weight with the general church membership and grew to be accepted by a significant portion. Smith lived most of his time as an apostle in Salt Lake City. He also was president of the Salt Lake Temple from 1945 to 1949. During this time, Smith was sent on a tour of the church's Spanish-American Mission. Before his return to Salt Lake City, he informed the president of the Arizona Temple that he would recommend to the First Presidency that the temple ceremonies be translated into Spanish. Smith served as president of the Genealogical Society of Utah and its successor the Genealogical Society of the LDS Church from 1934 to 1961. At the time of his release from this position, he had been President of the Quorum of the Twelve for over a decade. During the late 1950s, Smith attempted to reduce staff turnover at the Society by trying to convince the First Presidency that women should be permitted to stay on as employees after they married. However, Smith was only able to get a change to allow them to work six months past marriage. In early 1961, Smith preached to a stake conference congregation in Hawaii:

Earlier, Smith had written that "it is doubtful that man will ever be permitted to make any instrument or ship to travel through space and visit the moon or any distant planet". At the 1970 press conference where Smith was introduced as President of the LDS Church, he was asked about these statements; Smith reportedly responded, "Well, I was wrong, wasn't I?" Smith's teachings as an apostle were the 2014 course of study in the LDS Church's Sunday Relief Society and Melchizedek priesthood classes.

Smith did at times take church assignments abroad. In 1939, he toured the missions in Europe and supervised the withdrawal of missionaries as World War II began. In 1950 Smith toured the church's Mexican Mission. In July and August 1955 he made an extensive tour of Asia, during which he dedicated Korea and the Philippines for the preaching of the gospel. In 1957 he went to Europe for the dedication of the London Temple and also presided over the excommunication of several missionaries in the French mission who had apostatized. From October 1960 to January 1961 he and Jessie toured the church missions in Central and South America.

Smith became LDS Church's president on January 23, 1970, following the death of David O. McKay. He chose Harold B. Lee and N. Eldon Tanner as his counselors. Smith elected not to retain Hugh B. Brown in the First Presidency. According to Church Historian Leonard J. Arrington, Smith's age and health prevented him from having much of a supervising role during his presidency. Most work was done by his two counselors. Although he served as church president for less than three years, Smith's administration introduced several new initiatives: Area Conferences were introduced, significant organizational restructuring in the church's Sunday School system and the Church Department of Social Services, and the church magazines were consolidated into the ''Ensign'', ''New Era'' and ''Friend'' in English, with centralized planning for all publications. His tenure was also marked by steady growth in the number of missionaries, and the dedication of temples in Ogden and Provo, Utah.

Smith died at his home in Salt Lake City on July 2, 1972, less than three weeks before his 96th birthday. He attended church services with his ward that day, and while visiting with one of his daughters that evening he quietly died while sitting in his favorite chair. He was buried in the Salt Lake City Cemetery.