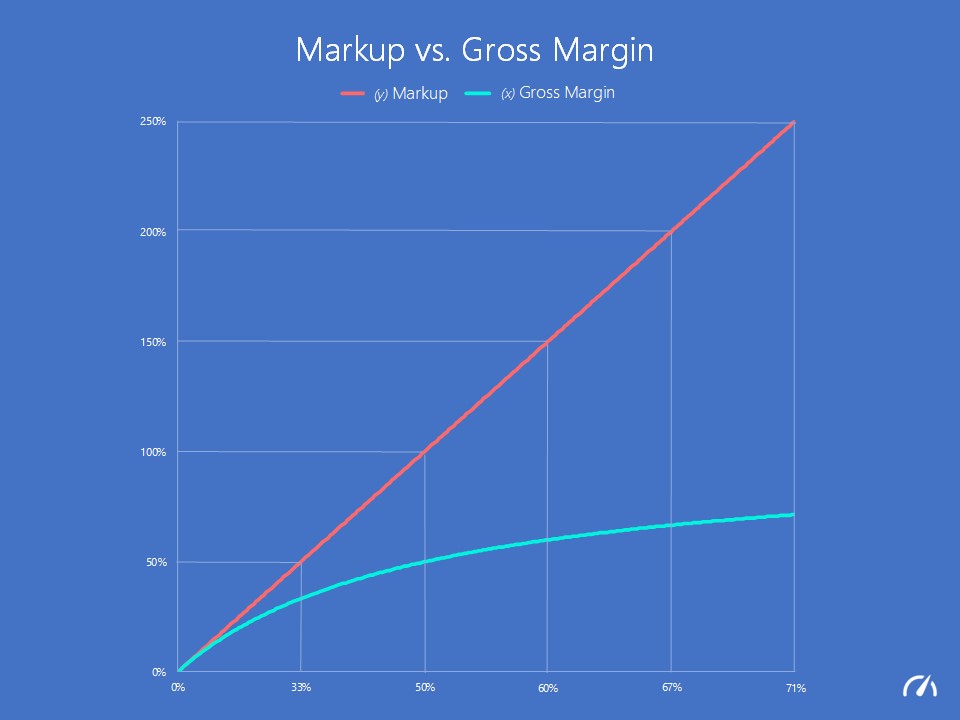 Gross margin is the difference between
revenue In accounting Accounting or Accountancy is the measurement ' Measurement is the number, numerical quantification (science), quantification of the variable and attribute (research), attributes of an object or event, which can be used to comp ...
and
cost of goods sold Cost of goods sold (COGS) is the carrying value In accounting, book value is the value of an asset according to its balance sheet account balance. For assets, the value is based on the original cost of the asset less any depreciation, amortization ...
(COGS), divided by revenue. Gross margin is expressed as a
percentage In mathematics Mathematics (from Greek: ) includes the study of such topics as numbers (arithmetic and number theory), formulas and related structures (algebra), shapes and spaces in which they are contained (geometry), and quantities a ...

. Generally, it is calculated as the selling price of an item, less the
cost of goods sold Cost of goods sold (COGS) is the carrying value In accounting, book value is the value of an asset according to its balance sheet account balance. For assets, the value is based on the original cost of the asset less any depreciation, amortization ...
(e. g. production or acquisition costs, not including indirect fixed costs like office expenses, rent, or administrative costs), then divided by the same selling price. "Gross margin" is often used interchangeably with "gross profit", however the terms are different: "gross ''profit''" is technically an absolute monetary amount and "gross ''margin''" is technically a percentage or ratio. Gross margin is a kind of
profit margin Profit margin, net margin, net profit margin or net profit ratio is a measure of profitability An economic profit is the difference between the revenue a commerce , commercial entity has received from its outputs and the opportunity costs of its ...
, specifically a form of profit divided by net revenue, e. g., gross (profit) margin, operating (profit) margin, net (profit) margin, et cetera.

The purpose of margins is "to determine the value of incremental sales, and to guide pricing and promotion decision." "Margin on sales represents a key factor behind many of the most fundamental business considerations, including budgets and forecasts. All managers should, and generally do, know their approximate business margins. Managers differ widely, however, in the assumptions they use in calculating margins and in the ways they analyze and communicate these important figures."

Gross margin can be expressed as a percentage or in total financial terms. If the latter, it can be reported on a per-unit basis or on a per-period basis for a business. "Margin (on sales) is the difference between selling price and cost. This difference is typically expressed either as a percentage of selling price or on a per-unit basis. Managers need to know margins for almost all marketing decisions. Margins represent a key factor in pricing, return on marketing spending, earnings forecasts, and analyses of customer profitability." In a survey of nearly 200 senior marketing managers, 78 percent responded that they found the "margin %" metric very useful while 65 percent found "unit margin" very useful. "A fundamental variation in the way people talk about margins lies in the difference between percentage margins and unit margins on sales. The difference is easy to reconcile, and managers should be able to switch back and forth between the two."

"Every business has its own notion of a 'unit,' ranging from a ton of margarine, to 64 ounces of cola, to a bucket of plaster. Many industries work with multiple units and calculate margin accordingly… Marketers must be prepared to shift between varying perspectives with little effort because decisions can be rounded in any of these perspectives." ''Investopedia'' defines "gross margin" as: Gross margin (%) = (Revenue – Cost of goods sold) / Revenue In contrast, "gross profit" is defined as: Gross profit = Net sales – Cost of goods sold + Annual sales return or as the ratio of gross profit to revenue, usually as a percentage: Cost of sales, also denominated "cost of goods sold" (COGS), includes variable costs and fixed costs directly related to the sale, e. g. material costs, labor, supplier profit, shipping-in costs (cost of transporting the product to the point of sale, as opposed to shipping-out costs which are not included in COGS), et cetera. It excludes indirect fixed costs, e. g. office expenses, rent, and administrative costs. Higher gross margins for a manufacturer indicate greater efficiency in turning raw materials into income. For a retailer it would be the difference between its markup and the wholesale price. Larger gross margins are generally considered ideal for most businesses, with the exception of discount
retailer Retail is the sale of goods In economics Economics () is a social science Social science is the branch A branch ( or , ) or tree branch (sometimes referred to in botany Botany, also called , plant biology or p ...
s who instead rely on operational efficiency and strategic financing to remain competitive with businesses that have lower margins. Two related metrics are unit margin and margin percent: :Unit margin ($) = Selling price per unit ($) – Cost per unit ($) :Margin (%) = Unit margin ($) / Selling price per unit ($) * 100 "Percentage margins can also be calculated using total sales revenue and total costs. When working with either percentage or unit margins, marketers can perform a simple check by verifying that the individual parts sum to the total." :''To verify a unit margin ($):'' Selling price per unit = Unit margin + Cost per Unit :''To verify a margin (%):'' Cost as % of sales = 100% – Margin % "When considering multiple products with different revenues and costs, we can calculate overall margin (%) on either of two bases: Total revenue and total costs for all products, or the dollar-weighted average of the percentage margins of the different products."

Retailers can measure their profit by using two basic methods, namely markup and margin, both of which describe gross profit. Markup expresses profit as a percentage of the cost of the product to the retailer. Margin expresses profit as a percentage of the selling price of the product that the retailer determines. These methods produce different percentages, yet both percentages are valid descriptions of the profit. It is important to specify which method is used when referring to a retailer's profit as a percentage. Some retailers use margins because profits are easily calculated from the total of sales. If margin is 30%, then 30% of the total of sales is the profit. If markup is 30%, the percentage of daily sales that are profit will not be the same percentage. Some retailers use markups because it is easier to calculate a sales price from a cost. If markup is 40%, then sales price will be 40% more than the cost of the item. If margin is 40%, then sales price will not be equal to 40% over cost; in fact, it will be approximately 67% more than the cost of the item.

In some industries, like clothing for example, profit margins are expected to be near the 40% mark, as the goods need to be bought from suppliers at a certain rate before they are resold. In other industries such as software product development the gross profit margin can be higher than 80% in many cases. In the agriculture industry, particularly the European Union, Standard Gross Margin is used to assess farm profitability.