Verdicchio (, also , ) is a white Italian wine grape variety grown primarily in the Marche region of central Italy. The name ''Verdicchio'' derives from ''verde'' (or "green") and refers to the slight green/yellow hue that wines made from the grape can have. Verdicchio is the principal grape behind two ''Denominazione di Origine Controllata'' (DOC) wines produced in the provinces of Macerata and Ancona, Verdicchio di Matelica and Verdicchio dei Castelli di Jesi. In addition to producing still wines, Verdicchio grapes are also used to make sparkling wine and straw wine.

Verdicchio has had a long history in the Marche region of central Italy with documents noting its presence there since at least the 14th century. Despite its sensitivity to climate conditions and propensity to produce variable yields of variable quality wine, Verdicchio was a very popular planting in central Italy with an estimated 65,000 hectares planted in the mid-1980s. These figures made Verdicchio the 15th most planted variety of any grape in the world, ahead of well-known varieties like Chardonnay, Pinot noir, Sauvignon blanc and Sangiovese. While ampelographers believe that Verdicchio is probably indigenous to the Marche, there appears to be a genetic relation to Trebbiano and Greco grape varieties. In particular, the clones of Trebbiano grown in Lombardy and Soave show very close similarities to Verdicchio while genetic evidence has shown that Greco was probably an ancestor vine to nearly all of Italy's native white grape varieties.

While Verdicchio is widely grown throughout the Marche, Umbria and Lazio regions, it is most often encountered in the DOC wines of ''Verdicchio di Matelica'' and ''Verdicchio dei Castelli di Jesi''. Castelli di Jesi, located around the commune of Jesi in the Ancona province, is the larger of the two areas and tends to produce a higher volume of wine. In Matelica, located in the nearby province of Macerata, the yields for Verdicchio are more restricted under DOC regulation with the best vineyard locations situated along hillsides of the Esino valley. 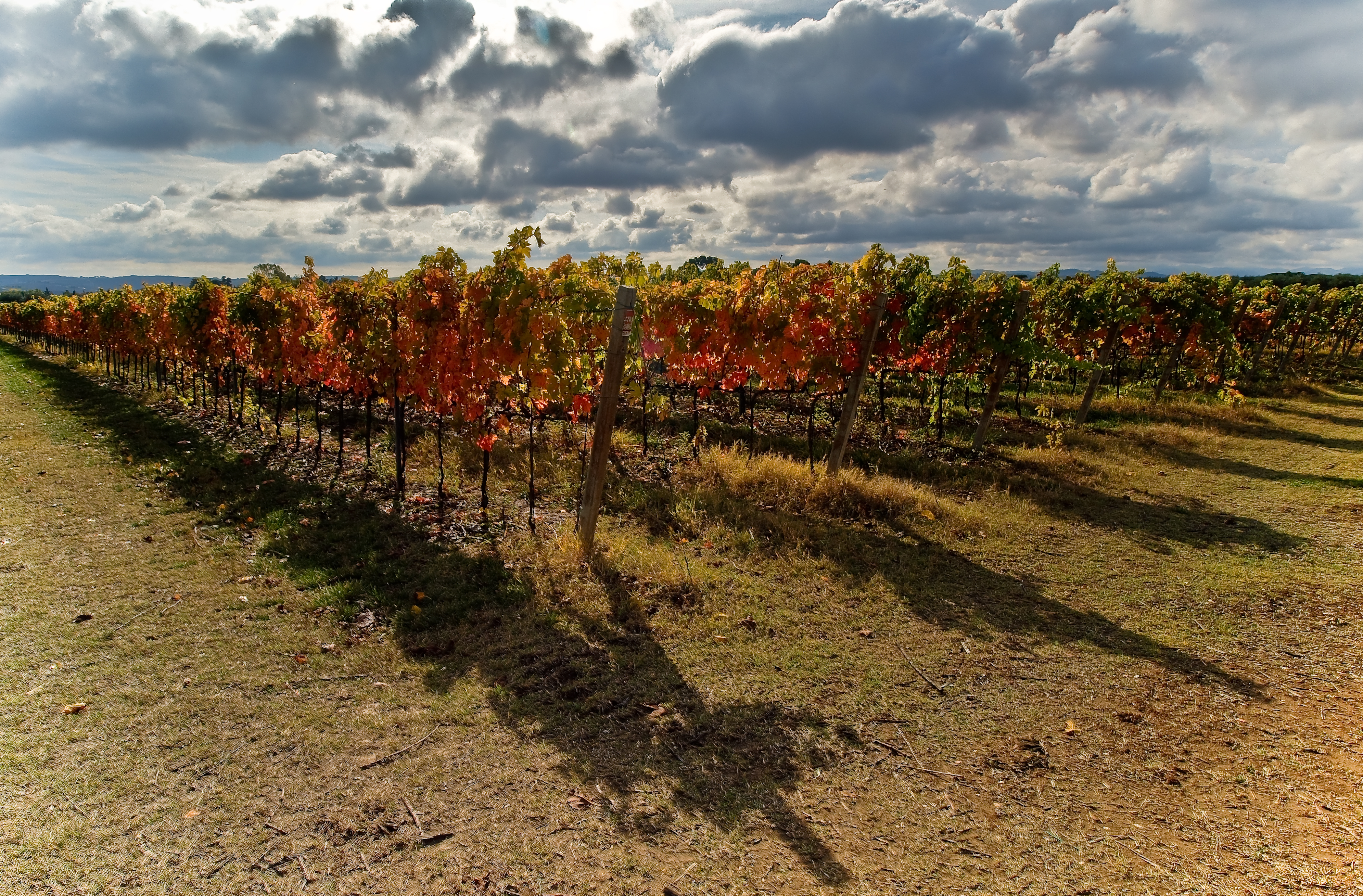 Verdicchio can produce wines that are virtually colorless with noticeably high acidity that can come across on the palate with citrus notes. According to wine expert Jancis Robinson, well made examples from favorable vintages can have flavors of lemons and slight bitter almond notes. Robinson also notes that the naturally high acidity of the grape makes it a good base ''cuvee'' variety for producing sparkling wine. According to Oz Clarke, the quality of Verdicchio wines has improved since the later half of the 20th century as producers limit yields even beyond DOC regulation to produce fuller flavored grapes that can better balance its high acidity. Clarke goes on to note that the subtlety of Verdicchio flavors allows it to pair very well with a variety of foods. 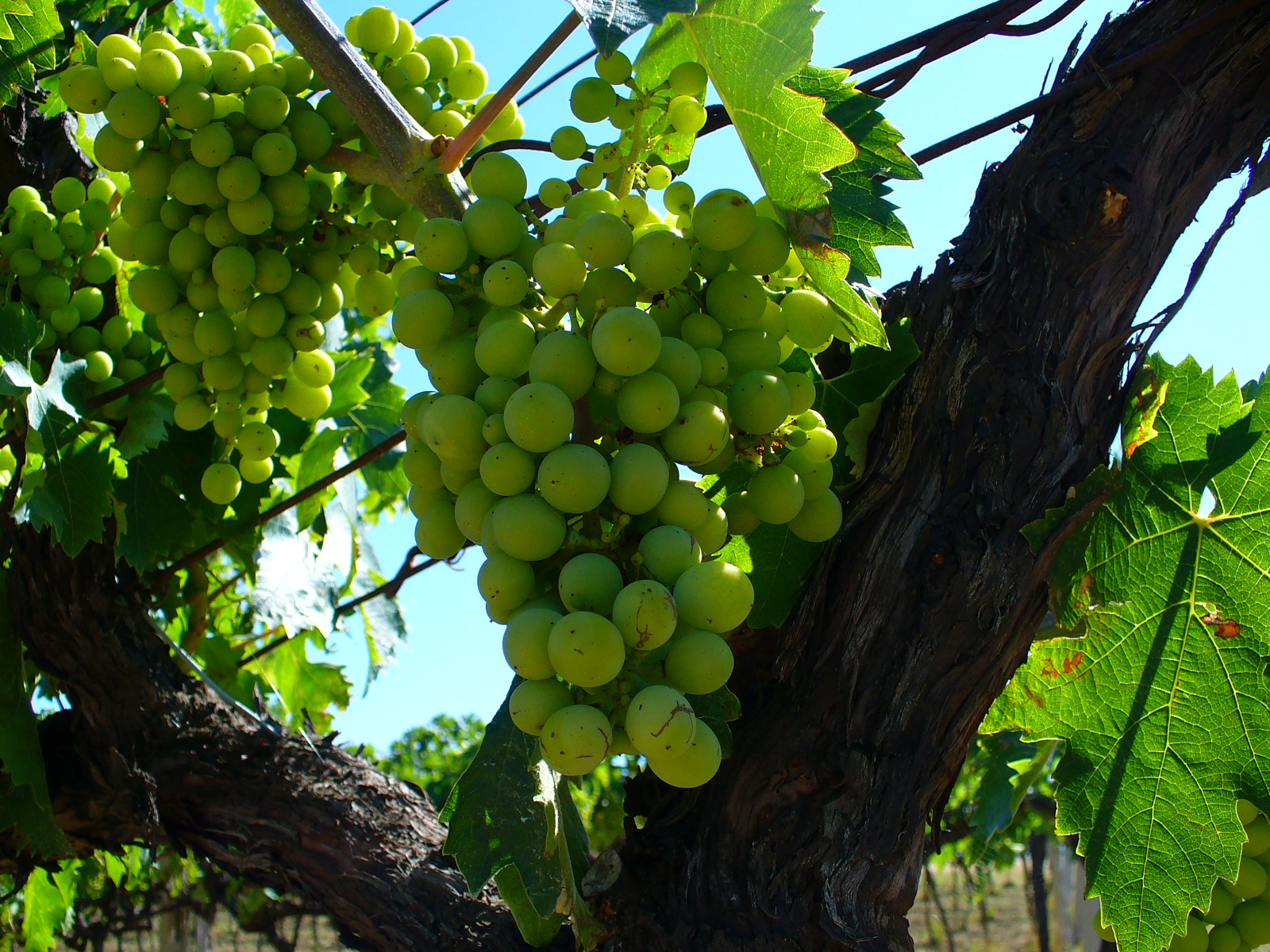 The Verdicchio grapevine is very susceptible to clonal mutations with several sub-varieties of the grape known to exist in central Italy under various synonyms ''(see section below)''. Like with many varieties of Italian wine grapes, this makes an exact cataloging of the number of plantings difficult. In her book, ''Jancis Robinson's Guide to Wine Grapes'', Robinson reports in 1996 that there were nearly of Verdicchio found mostly in the provinces along the Adriatic coast. That number is dramatically reduced from the number of plantings of Verdicchio in the mid-1980s when there was an estimated 65,000 hectares (all in Italy). However, some wine experts, including Jancis Robinson, speculate that it is likely that some of those plantings were actually Trebbiano.