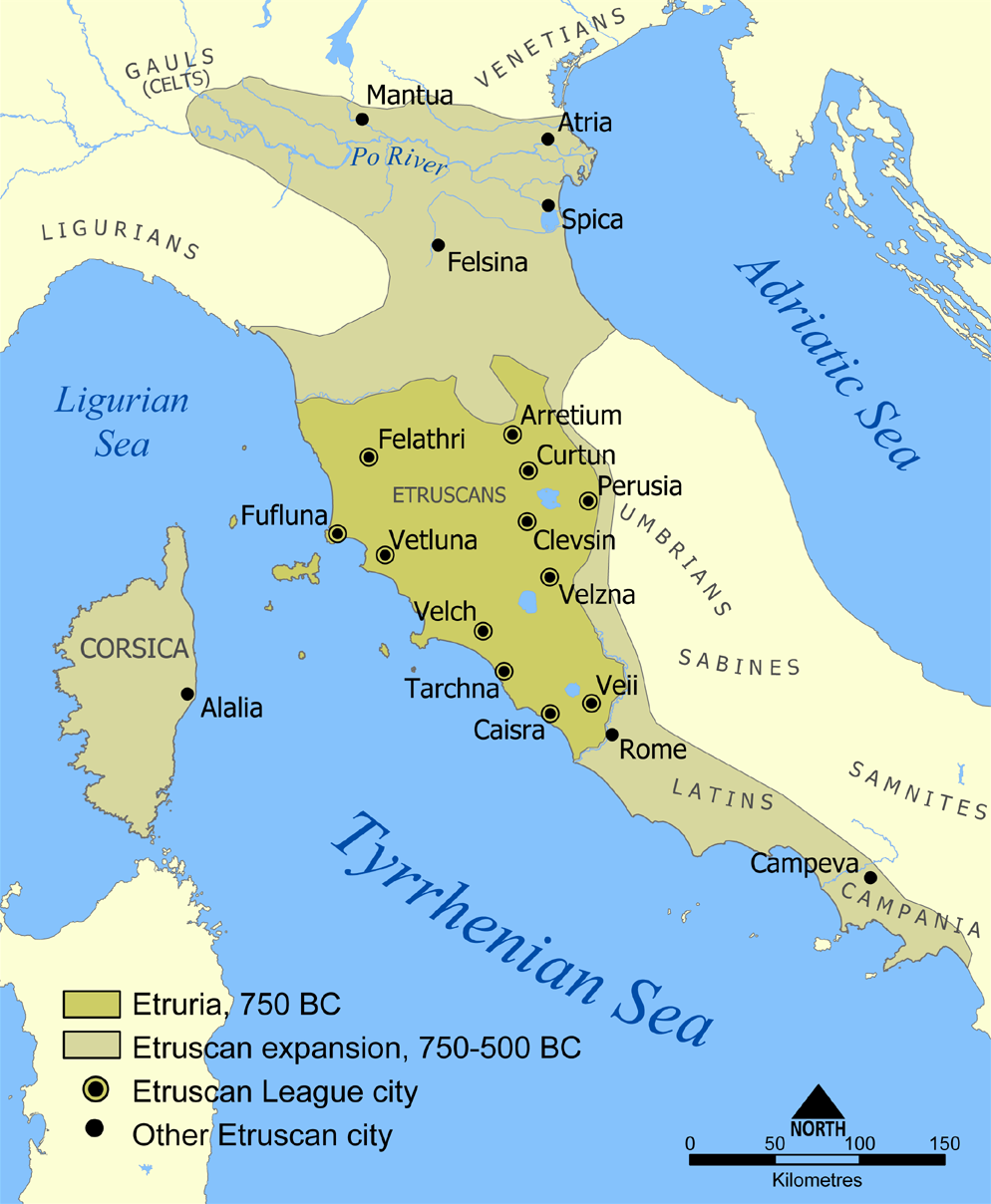 Etruscan cities were a group of ancient settlements that shared a common Etruscan language and culture, even though they were independent city-states. They flourished over a large part of the northern half of Italy starting from the Iron Age, and in some cases reached a substantial level of wealth and power. They were eventually assimilated first by Italics in the south, then by Celts in the north and finally in Etruria itself by the growing Roman Republic. The Etruscan names of the major cities whose names were later Romanised survived in inscriptions and are listed below. Some cities were founded by Etruscans in prehistoric times and bore entirely Etruscan names. Others, usually Italic in origin, were colonised by the Etruscans, who in turn Etruscanised their name. The estimates for the populations of the largest cities (Veii, Volsinii, Caere, Vulci, Tarquinia, Populonia) range between 25,000 and 40,000 each in the 6th century BC.

Of several Etruscan leagues, the Dodecapolis (or "twelve cities") of the Etruscan civilization is legendary amongst Roman authors particularly Livy. However the dodecapolis had no fixed roster and if a city was removed it was immediately replaced by another. By the time the dodecapolis sprung into the light of history, the Etruscan cities to the north had been assimilated by invasions of the Celts, and those of the south by infiltration of the Italics. Etruscan cities were autonomous states, but they were linked in the dodecapolis and had a federal sanctuary at the Fanum Voltumnae near Volsinii.

Table of cities in Etruscan, Latin and Italian

The table below lists Etruscan cities most often included in the Dodecapolis as well as other cities for which there is any substantial evidence that they were once inhabited by Etruscans in any capacity. Roman and Italian names are given, but they are not necessarily etymologically related. For sources and etymologies (if any) refer to the linked articles.

* * Available in the Gazetteer of Bill Thayer's Website a


Names of the member-cities of the Etruscan Leagues (c. 750–270 BC) in Etruscan and Italian
{{DEFAULTSORT:Etruscan Cities