Benigno "Igno" Aquino was born in Murcia, now part of Concepcion, Tarlac, to Servillano "Mianong" Aquino, a general in the Philippine Revolution who later served as a member of the Malolos Congress, and Guadalupe Quiambao. He had two siblings: Gonzalo Aquino (born 1893) and Amando Aquino (born 1896), and a half-brother, Herminio Aquino (born 1949). He studied at the Colegio de San Juan de Letran in Manila and later at the University of Santo Tomas, where he earned his law degree in 1913, and was admitted to the bar the following year.

Aquino was first elected to the Philippine Legislature (as a member of the Philippine House of Representatives) in 1919 representing the 2nd district of Tarlac. He was reelected to the same position in 1922 and 1925 before winning a Philippine Senate seat in 1928 representing the 3rd Senatorial District comprising the provinces of Bulacan, Nueva Ecija, Pampanga and his home-province of Tarlac. He became part of the Philippine Independence Mission in 1931, which negotiated the terms of obtaining Philippine independence from the United States. During the elections for the Commonwealth of the Philippines government in 1935 he ran again in his district in Tarlac and won. In 1937, he was appointed by Commonwealth President Manuel L. Quezon as Secretary of Agriculture and Commerce.

Speaker of the National Assembly

Being among the more prominent Commonwealth officials remaining in the country after the Commonwealth government went into exile in 1941, Aquino was among those recruited by the Japanese to form a government. He became the director-general of KALIBAPI and one of the two assistant chairmen of the Preparatory Commission for Philippine Independence. When the Second Philippine Republic was inaugurated, he was elected Speaker of the National Assembly. 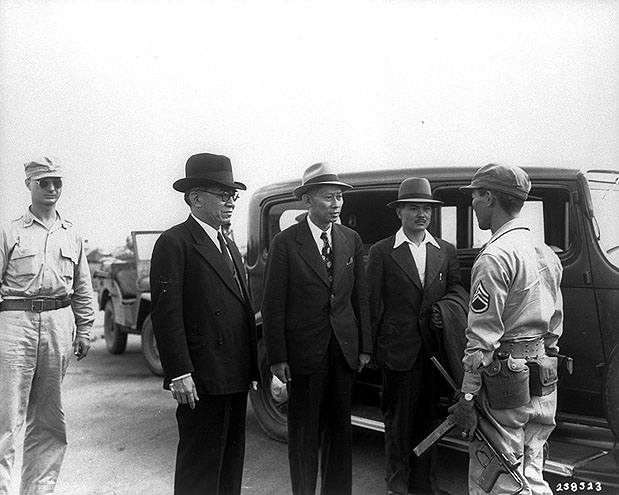 In December 1944, as the combined Filipino and American forces continued their advance to liberate the Philippines from Japanese forces, the government of the Second Philippine Republic, which included Aquino, was moved to Baguio. Subsequently, it was flown to Japan where, together with other officials, its members were arrested and imprisoned at the Sugamo Prison when the Japanese surrendered. On August 25, 1946, Aquino was flown back to the Philippines for his trial on treason charges by the People's Court; a few weeks later he was released on bail.

On December 20, 1947, Aquino died of a heart attack at the Rizal Memorial Coliseum in Manila while watching a boxing match. His widow Aurora died in 1998.